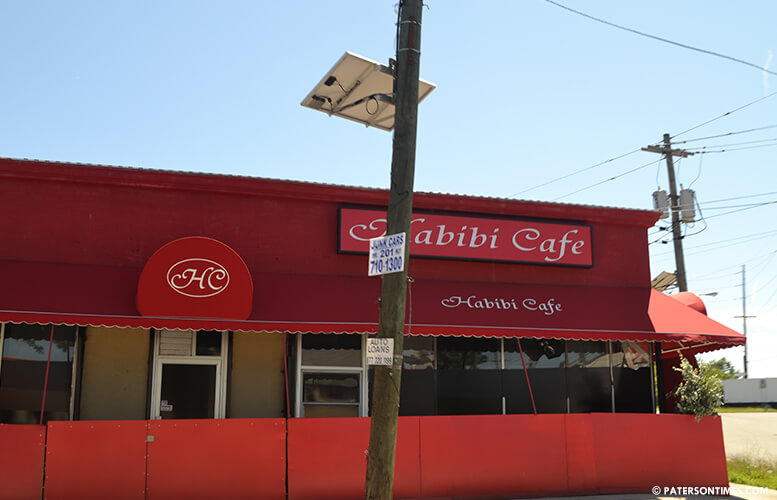 The city council delayed approving an entertainment license for a troublesome Market Street hookah establishment that has been causing Eastside section residents to lose sleep at night.

Residents have lodged more than a dozen calls for service to the police department mostly complaining about loud noise over the past nine months at the Habibi Cafe and Hookah Lounge. Besides noise and loud party complaints, residents also have reported fights, drugs, and a person with a weapon, according to police records.

In all there were 13 incidents reported by neighborhood residents. The establishment also has been cited for various health violations for not having a food handler’s certificate and allowing patrons to smoke hookah indoors.

Rami Shalhoub, owner of the business, admitted he allowed patrons to smoke hookah indoors, as he was questioned by council members last Tuesday.

“I’m not going to do it again,” said Shalhoub. He said he has taken steps to ensure the operation is legitimate by switching his certificate occupancy from café to a lounge.

Law director Domenick Stampone said the location at 996 Market Street was approved by the city for use as a restaurant.

Shalhoub suggested the establishment is not operating as a restaurant by stating it does not have a kitchen.

“Operating a restaurant without a kitchen?” questioned council president William McKoy, who represents the 3rd Ward, where the establishment is located.

Right now it’s just a lounge, said the owner, noting there’s no alcohol or cooking at the business.

McKoy wondered how the establishment obtained approval from the city. He demanded an explanation from the building department.

“It just seems a little dodgy to me,” said Michael Symonds, an Eastside section resident, after hearing about the lack of kitchen at the establishment. He also mentioned the blacked out windows at the business which obstructs view from outside.

McKoy mentioned some sort of a screen that’s outside of the establishment. He said the screen outside of the business is a “hazard” for motorists driving through the area.

“The screen is a hazard and it needs to be removed,” he said. “You’re creating a hazard for everybody else.”

With so many violations and concerns the council delayed a vote on the establishment’s entertainment license.

The council will discuss the entertainment license for the business at its workshop meeting on June 21st, 2016.

Council members will take a vote on whether to grant the hookah lounge an entertainment license on June 28th, 2016.