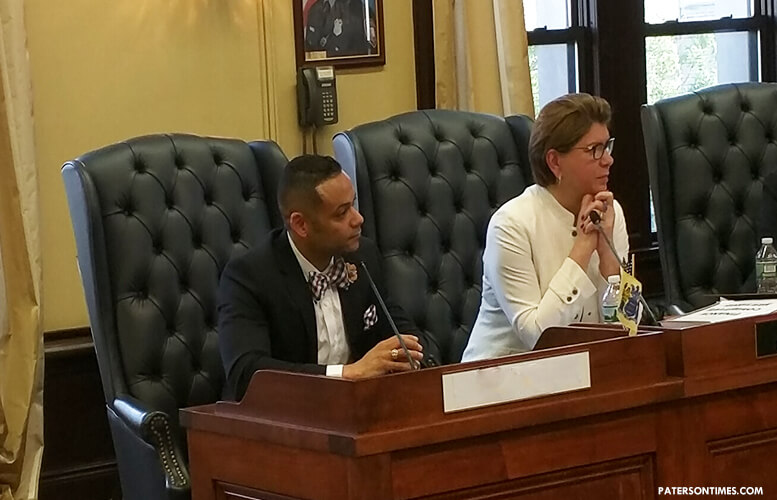 Calcines, who was re-appointed for a three-year term in 2014, is retiring on June 30th, 2016. Batista will complete the remaining one-year of Calcines’ term, according to the appointing resolution before the city council.

Council members appeared to support Batista’s appointment as a judge in the municipal court on Tuesday night.

“I’m looking for someone who is going to be very strong with violations,” said Ruby Cotton, 4th Ward councilman.

She suggested the court is too lenient with quality of life violators.

Michael Jackson, 1st Ward resident, said he wants to see a judge respectful of city residents. He thought Batista was well-suited for the position.

Batista, like Jackson, graduated from John F. Kennedy High School. He then obtained a bachelor’s degree in sociology with concentration in criminal justice, according to his resume.

He earned his juris doctor from Western Michigan University in May 2005. He has worked at the South Orange-based Law Office of Jonathan H. Rosenbluth and Wayne-based Vivino and Vivino law firm.

Batista (pictured, left) opened his own practice in April 2007 in Clifton. He said he presently lives in Wayne. At 39 years old he will be one of the youngest judges appointed to the court, said court director Manny Quiles.

Quiles, who has been director for 14 years, said Batista will be the youngest appointment to the court in 14 years.

Calcines served on the court for 15 years, said Quiles.

The municipal court judge position is part-time and has a $45,000 salary, according to city records.

“Be fair and be respectful to our people,” council president William McKoy told Batista.

Council members have to approve Batista’s appointment to the municipal court.