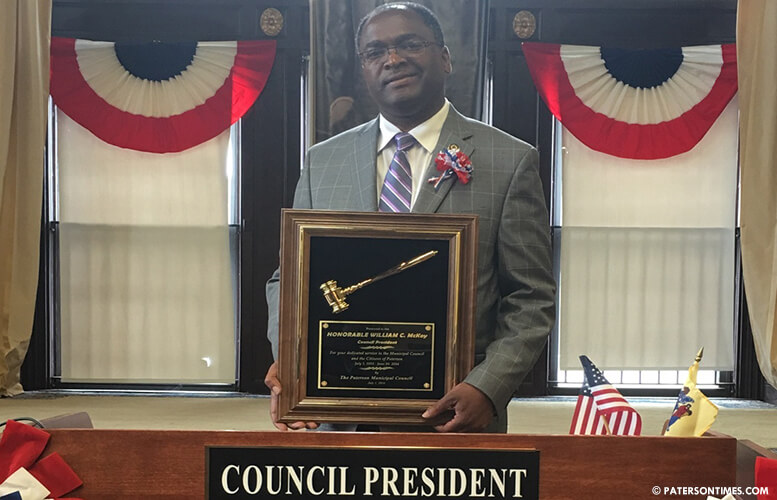 “Thank you for expressing confidence in my leadership to re-appoint me as council president,” said McKoy at the reorganization meeting in the council chamber after his colleagues unanimously voted to keep him as president.

“Paterson needs to be united,” said Andre Sayegh, 6th Ward councilman, after he voted for McKoy. “I do believe other council colleagues in the future should have the opportunity to serve as council president.”

McKoy is the longest serving member of the city council beginning his 5th term as 3rd Ward councilman. This also marks the 5th time the council picked him as its president.

The council president schedules meetings and sets the agenda of the city council. The president also receives $1,000 in additional compensation.

Council members also unanimously voted for Maritza Davila to be the vice president of the governing body.

“This is a vote of unity. I believe every council member has the right to serve in different capacity,” said Alex Mendez, after he voted for Davila.

Mendez and Davila have butted heads in the past year over a Paterson Parking Authority appointment.