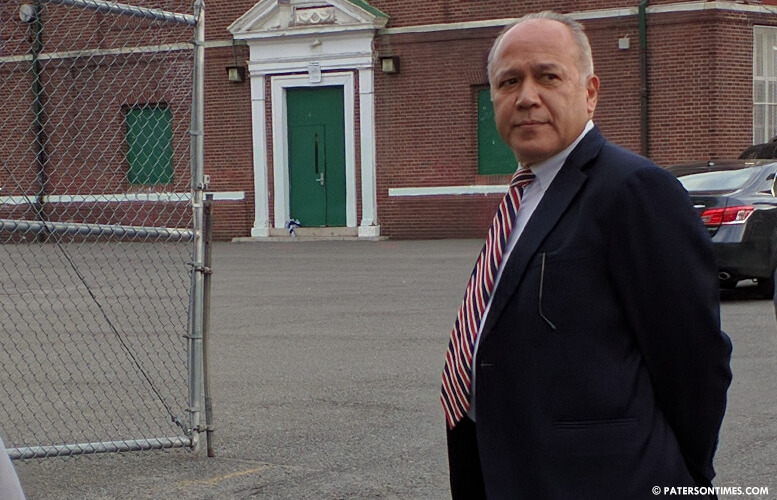 Mayor Jose “Joey” Torres received more than $4,000 in longevity pay during the first six months of his nonconsecutive third term in office, according to municipal records.

Torres collected $4,152 in longevity pay from July 1st through December 5th, 2014, according to payroll records obtained through an Open Public Records Act request.

The mayor received approximately $415 in longevity pay in addition to his regular salary every pay period for the first six months of his third term as mayor. Those payments were received as a result of a payroll error, explained business administrator Nellie Pou on Monday afternoon.

“There was a payroll error. When they realized there was an error the amount of money was deducted from the mayor’s paycheck. It was fully paid back,” said Pou. She said the error was committed prior to the arrival of the city’s new personnel director.

Torres, who referred requests for explanation about the longevity pay to the business administrator and personnel director, began paying back that money in January of 2015. Torres returned $3,944 through longevity adjustments in his regular paycheck, according to city records.

The mayor paid back $208 per pay period from January 1st through December 18th, 2015, evince payroll records. He did not pay the funds back every pay period. For example, the first return payment occurred on January 16th, 2015. The second payroll deduction did not occur until months later on April 10th, 2015.

Personnel director Abby Levenson said those inconsistent deductions likely resulted from city employees getting used to the new payroll system which was rolled out for the first time in January.

“I’m absolutely sure the girls didn’t know how to setup a code to run biweekly,” said Levenson. She said the Edmunds payroll system has various options. For example, an option can be set to run only once, biweekly, or never. It’s likely the employees, just learning to use the new system, set the option to deduct only one time.

The business administrator said the mayor did not stop making payments in February and March, but that payroll was not deducting them. “He has no control of that; payroll makes those adjustments,” said Pou.

Council president William McKoy said he was not aware of the mayor having received longevity pay.

“He may have gotten an opinion those payments may be considered improper and then decided to reimburse the city which is the right thing to do,” said Kenneth Morris, councilman at-large, chairman of the finance committee.

As a result, Torres, who took office after the freeze was imposed, is not entitled to longevity pay. Council members McKoy, Morris, and Andre Sayegh receive longevity stipends from prior to the freeze, according to city officials.

McKoy receives $844 per year while Sayegh and Morris get $824 each.

“Paterson is a poor city. We can’t afford anybody helping him or herself to money they are not entitled to. Ultimately, it’s the citizens who suffer,” said Sayegh, 6th Ward councilman. “This unfortunately is becoming a pattern.”

Sayegh made references to previous payments Torres collected from the city. When told in this instance the mayor voluntarily returned the money, Sayegh said: “In addition to paying this back, he should pay back the $74,000.”

The Passaic County Prosecutor’s Office cleared the mayor of any wrongdoing in the $74,000 severance payment in October of 2014.

The city provided 22 pages of payroll documents that show Torres took $4,152 in longevity pay. He returned $3,944 through payroll deductions, according to those documents. This means, the mayor may still owes taxpayers $208.