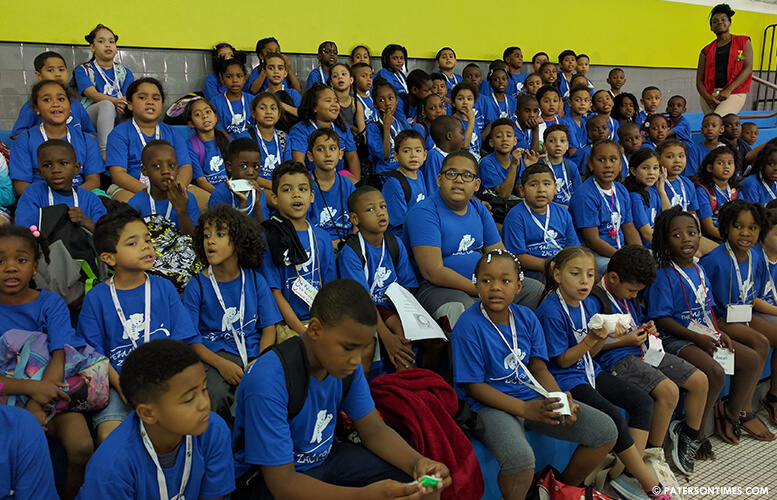 Namir McCoy learned to properly wear a life vest. Layla Ascencion learned to make sure an adult is around when she goes swimming. And Wayne Smikle Jr. learned to stay away from all pool drains.

All three of the youngsters were among 110 to learn water safety at the Boys and Girls Club of Paterson and Passaic.

“The kids get excited being in the water. We want them to be safe,” said Jovannie Lorenzo, development and marketing director at the Boys and Girls Club of Paterson and Passaic.

She said the young people spent this entire week learning about water safety through a Zac Camp made possible via a $10,000 grant from the ZAC Foundation, an organization founded to prevent tragedies like the one that took Zachary Archer Cohn.

Six-year-old Cohn’s arm became entrapped in a pool drain. His family through their organization founded in 2008 makes it its mission to ensure no other family has to go through the same tragedy by teaching children water safety.

Lorenzo said 110 city youngsters between the ages of 5 and 9 went through the Zac Camp.

“I learned that I should always have an adult watch me,” said Ascencion, 8. That’s part of Zac Camp’s ABC and Ds of Water Safety. The children also learned fire and public safety at the six-week long swim camp.

Lorenzo said the club had police officers and firefighters speak with the kids about safety.

Smikle learned some important lessons from the visit from local firefighters. “You should never play with matches,” he said. “Don’t hide during a fire.”

Smikle and McCoy both learned to swim at the boys and girls club. Both boys 7 and 8 also received the safety lessons that go with swimming properly to avoid injuries.

D’nard Robinson, head coach at the club, taught the children basic strokes, floating, and treading water. He was at the pool instructing a group of young people on Thursday afternoon.

“Safety is not boring,” said Robinson. He said children have to be taught swimming early on to ensure they do not fear jumping into the water later in life.

“Underwater is a brand new universe. Don’t be afraid of it,” he said. To explore that universe requires basic swimming skills and safety instructions like don’t fall on your belly.

The young people also received a visit from a polar bear before each was given a book, medal, and a towel.

Councilman Alex Mendez congratulated the young people on completing the water safety camp as the children sitting on bleachers adjacent to the pool grew excited at the polar bear’s visit.