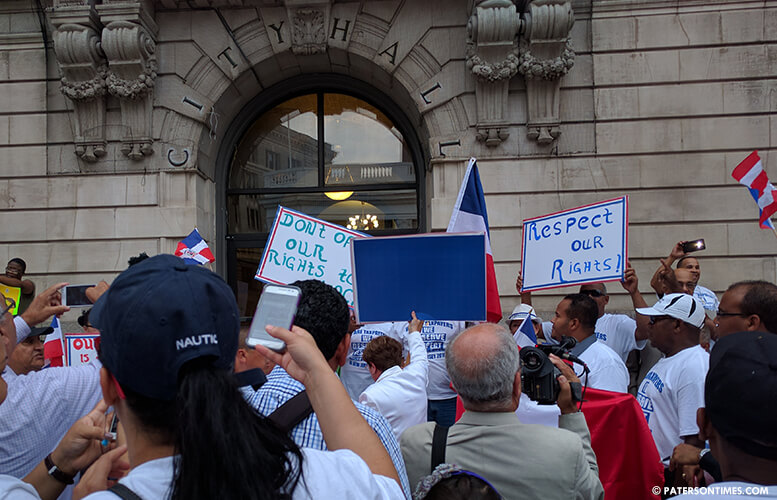 City officials agreed to provide 70-percent of the police and clean up expenses for the annual Dominican Day Parade on Tuesday night after mayor Jose “Joey” Torres in a move described as “unfair” attempted to discontinue the subsidy in a tax levy dispute with the city council.

The total cost of the parade and festival is estimated to be $105,000, according to the city. Of that amount the organizers will pay $31,500 (30-percent) of expenses incurred by police and public works based on an ordinance the city council approved last year to gradually shift costs to organizers.

“That day is Christmas for a lot of our businesses,” said Alex Mendez, councilman at-large, pointing to the economic benefit of the parade. More than 25,000 people visit the city to experience the parade, according to organizers.

“It’s going to be impossible for us to pay. Our community cannot raise this kind of money,” said Elsa Mantilla, president of Desfile Dominicano, the group that puts on the Dominican Day Parade every September.

Mantilla and a group of people rallied outside prior to the council meeting. The group also packed the council chamber during the meeting.

Mantilla said the city also changed the procedure parade organizers have been following for years. Usually, the organizers would receive all the paperwork from the city, and then submit their payment just days before the parade; however, this year, the city wanted the funds prior to approving any paperwork, she said.

Police chief William Fraher told council members parades will consume $370,000 of the police department’s overtime budget this year. He said overtime expenses have been slashed by 50-percent in his department.

The city set a target this fiscal year to cut overtime by $2 million as the council has called on the administration to reduce government spending. Council members approved the mayor’s preliminary tax levy after a lengthy dispute with the mayor.

Torres shutdown recreation programs as a result of the dispute with the council. Council members resolved that impasse on Tuesday night by approving the mayor’s preliminary tax levy.

Business administrator Nellie Pou said with the approval of the tax levy, the city will provide the subsidy so that the Dominican Day Parade could take place on September 18th, 2016.

The Dominican Day Parade has been taking place for the past 27 years, according to organizers.