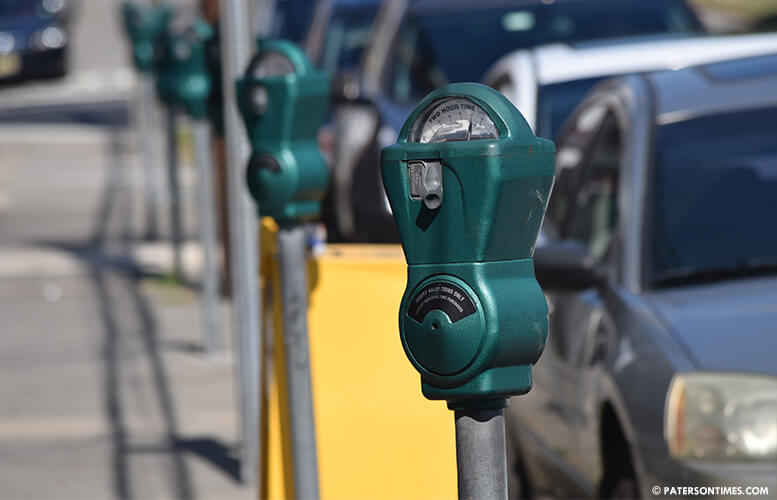 Parking in the city’s main thoroughfares after 6 p.m. will no longer be free. Under a new ordinance preliminarily approved by the city council on Tuesday night motorists will have to feed the meter until 7 p.m.

Downtown Paterson businesses oppose the expansion of enforcement. “This will be a real hardship on our residential population,” said Jamie Dykes, president of the Greater Paterson Chamber of Commerce. “This is a barrier to get customers to our businesses.”

Dykes said it will force downtown shoppers to head to nearby malls where parking is plenty and free and avoid the city’s commercial district.

Council members appeared uniformly opposed to adding an extra hour to enforcement. Some also opposed the expansion of meters to some of the city’s mixed use areas.

Velez said that area is not exclusively commercial.

“The list has too many residential areas in it,” added Ruby Cotton, 4th Ward councilwoman.

Council president William McKoy said he wants to see a plan from the Paterson Parking Authority on the expansion and the extra hour of enforcement before the council gives a final approval to the ordinance.

Mendez said he wants to see a map of where the meters will be installed.

The expansion plan is part of mayor Jose “Joey” Torres’ revenue expansion plan. Business administrator Nellie Pou said the city receives a percentage of the revenue collected by the parking authority which operates the meters.

“Neither the city nor the residents benefit from this,” said Shahin Khalique, 2nd Ward councilman.

Council members granted preliminary approval to the expansion ordinance in a 5-3 vote. Mendez, Sayegh, and Khalique voted against the measure while Michael Jackson, McKoy, Cotton, Maritza Davila, and Luis Velez voted in favor.

McKoy said the council and residents will have a more robust discussion on the expansion and expanded enforcement when a public hearing is held on the measure.

The council will consider the expansion plan for a final approval on October 11th, 2016.