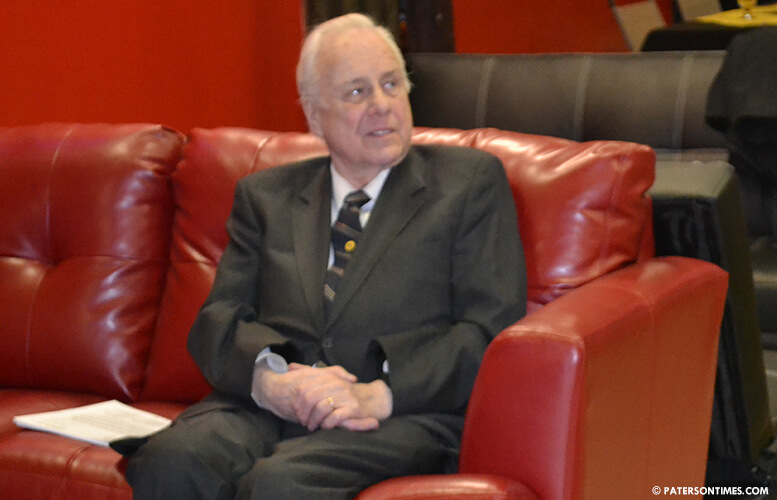 The city council has agreed to rename half of Grove Street to pay homage to longtime former councilman Thomas Rooney.

Rooney, who is the longest serving councilman in the city’s history, continues to live on Grove Street.

“He’s lived in that same house on Grove Street for 50 years,” said Andre Sayegh, 6th Ward councilman, who succeeded Rooney in 2008. “I wanted to pay proper tribute to him so he can smell the roses while he’s still with us.”

Grove Street between Main Street and Getty Avenue will be also known as Thomas Rooney Way, according to the resolution approved on Tuesday night.

“He served as an outstanding councilman. We all respect his financial acumen and his dedication to taxpayers is legendary,” said council president William McKoy.

Rooney left an example for others to follow on the council, said McKoy, who served with the longtime former councilman. He served on the council from 1980 to 2008, according to the resolution.

Rooney also briefly served as the mayor from 1973-4. He also served as the president of the legendary Paterson Taxpayers Association in the 1960s and 70s. Before becoming mayor and councilman, Rooney, 89, served his country in the United States Navy from 1945 through 1946.