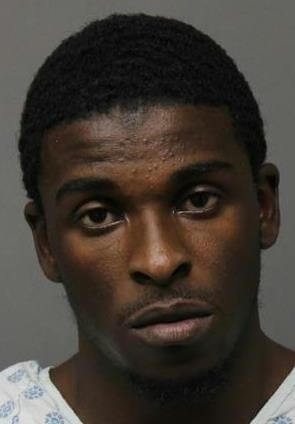 A city man was arrested for selling 20 bricks of heroin to an undercover Bergen County detective a month after Paterson police raided his Totowa Avenue home, according to authorities.

Allen Q. Young Jr., 21-year-old, was arrested and charged with heroin distribution offense on Monday, September 26, 2016 for selling 1,000 packets of heroin to an undercover detective in Paramus, according to the Bergen County Prosecutor’s Office.

Young was arrested by detectives from the Bergen County Prosecutor’s Office and the Paramus Police Department, authorities said.

Young, an unemployed resident, was arrested on August 26, 2016 on drug charges. Police raided his home at 287 Totowa Avenue in Paterson and seized 912 glassine envelopes of heroin and $2,986 in cash.

Police also arrested one of young’s customer Peter Realmonte of Pine Brook with 20 glassine envelopes of heroin in the August heroin bust.

Young’s bail is set at $50,000 with no ten-percent option, authorities said.