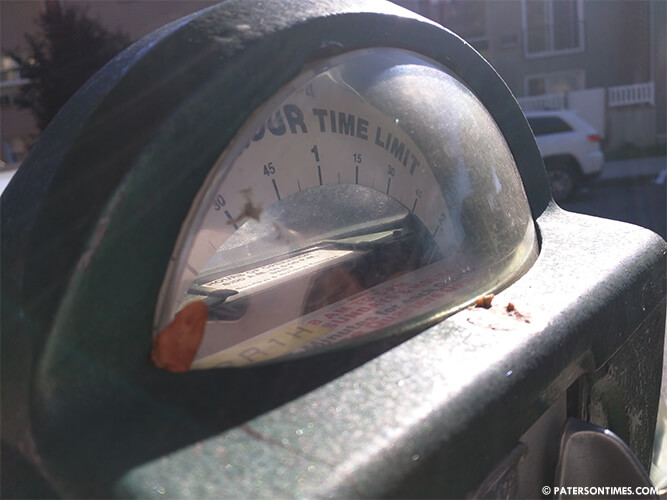 Under pressure from business owners and residents, the city council on Tuesday night scrapped a plan that would have required motorists in major thoroughfares to feed parking meters until 7 p.m. and expanded meters to several new streets.

The loudest opposition came from downtown Paterson business owners via the Greater Paterson Chamber of Commerce and Stoney Road section residents. The chamber opposed expanding enforcement by an hour when it came up for initial consideration. The proposal sought to force motorists to feed the meters until 7 p.m. – at present motorists do not have to insert quarters into the meters after 6 p.m.

Stoney Road residents opposed expansion of parking meters to McBride Avenue which as a small number of businesses. The proposal sought to place meters on McBride Avenue between Glover and Carlisle Avenues.

“This will drive out what little business we have left out,” said Anthony DeFranco, owner of De Franco’s Lock and Safe Company on McBride Avenue. “This will choke us.”

Concepcion Ambert, whose home is located on the stretch of McBride Avenue, where the Paterson Parking Authority proposed to install the meters, said this will force him to feed the meters on Saturday.

Council president William McKoy told the Stoney Road residents the petition will be forwarded to the Paterson Parking Authority. The council president said the enforcement hour expansion will be permanently removed from the proposal.

McKoy said residential areas will also be eliminated in any future proposals that the parking authority presents to the council. He and his colleagues adamantly opposed installing meters on residential streets.

The council allowed the expansion and extra hour of enforcement plan die on the council’s floor. The parking authority is likely to revise its expansion plan and re-present it to the city council at a future date.

“I don’t want a meter in front of my house,” said Debra Underwood, who lives on Keen Street.