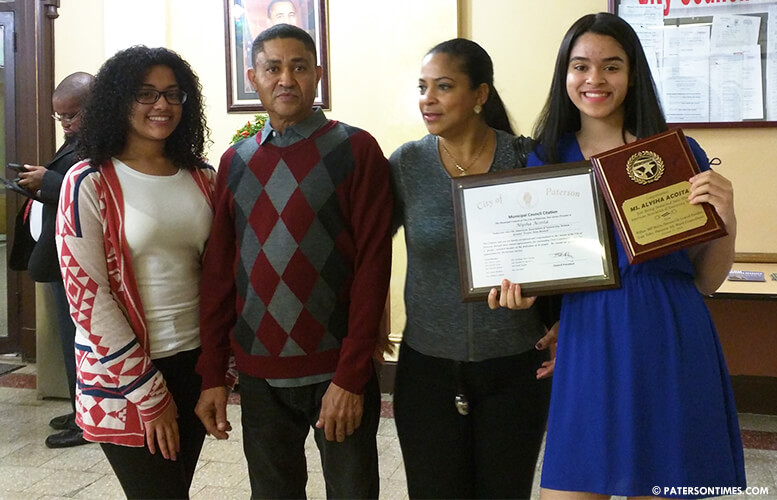 Acosta said she hopes the books will transport the soldiers far away from the immediate dangers of war. “It’s temporary distraction from everything else,” she said. Some of the books she collected included such titles as “To Kill a Mockingbird” by Harper Lee, “Lord of the Flies” by William Golding, and “Fahrenheit 451” by Ray Bradbury, she said.

Acosta collected 75 books through a book drive at her high school. She said the books were sent to the soldiers through the nonprofit Operation Paperback.

Luis Velez, 5th Ward councilman, who recognized Acosta on Tuesday night, for her effort in temporarily distracting soldiers from the realities of war, said her project was inspired by her brother.

“The inspiration for this passion project was her brother who served in Afghanistan. After serving in Afghanistan for a year, he was diagnosed with PTSD – post-traumatic stress disorder,” said Velez. She said the project began when her tenth grade English teacher assigned students to select a “Passion Project” for the year.

After high school, Acosta, 16, said she hopes to get into Cornell University to study biology. She will be able to study the biological threat response process that goes awry and leads to the development of PTSD in soldiers.

The city council recognized her for her civic contribution. She was recognized last month for the same project when she was inducted into the American Association of University Women (AAUW) Hall of Fame.

Council president William McKoy praised the eleventh grader stating she is a “fine example” for other young people in the city.