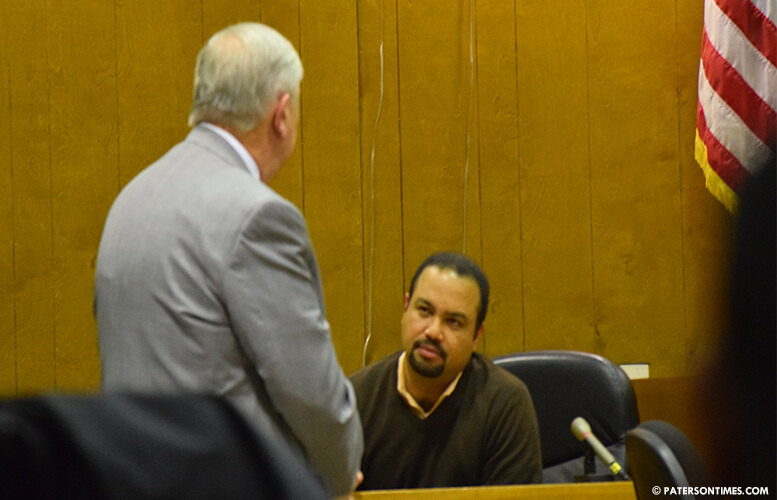 Khalique’s attorney John Carbone suggested Akhtaruzzaman’s campaign manager Pedro Rodriguez was behind the letter by bringing up an older letter that was sent from Rodriguez’s Paterson Progressive Movement group to Katty Morfa, a key Khalique campaign officials, that contained a phrase found in both letters.

Morfa, a former member of the Paterson Progressive Movement, was suspended from the group in 2014, through a letter that contained the phrase: “After exhaustive investigation.” This same phrase appeared two years later in the 2nd Ward letter that was received by voters and later confirmed as a fabrication.

“There’s been no evidence of his involvement with that letter,” said Champion. “I don’t understand the relevance of those questions.” She also objected to Carbone leading Rodriguez into yes and no answers.

It has been one of Carbone’s trademark throughout the three-month long trial to ask a question and demand a yes or no answer that often undermined the testimony of the witnesses leaving them with little credibility on the stand.

Rodriguez more than once refused to answer questions in which Carbone demanded yes or no responses.

Carbone attempted to unsuccessfully pin the letter on Rodriguez’s wife in a court session in late October.

“I have nothing to do with that letter,” reiterated Rodriguez on Monday afternoon as Carbone continued his cross examination from the previous session.

Carbone then moved to question Rodriguez on a flyer featuring councilwoman Maritza Davila in which Khalique’s campaign boasts of having secured 1,000 mail-in votes just days before the election.

Khalique’s attorney asked Rodriguez whether it is not normal occurrence for candidates to boast of having secured large number of votes with statistics drawing comparison with this year’s presidential election.

“No campaign can accurately asses the number of mail-in ballots it received,” Rodriguez explained to judge Ernest Caposela. “Unless they managed the ballots they won’t know.” He said he was “outraged” by the announcement of such a number that turned out to be entirely accurate after the votes were counted.

Khalique’s campaign has been accused of having a back office operation in which his campaign workers handled ballots prior to submitting them.

When asked why Morfa was suspended from the Paterson Progressive Movement which played a role in returning mayor Jose “Joey” Torres to power, Rodriguez said, “We didn’t agree with some of her behavior and we didn’t want to be associated with it.”

The trial is expected to resume on Thursday at 1:30 p.m. at the Passaic County Courthouse. The court hearings will extend into next year.