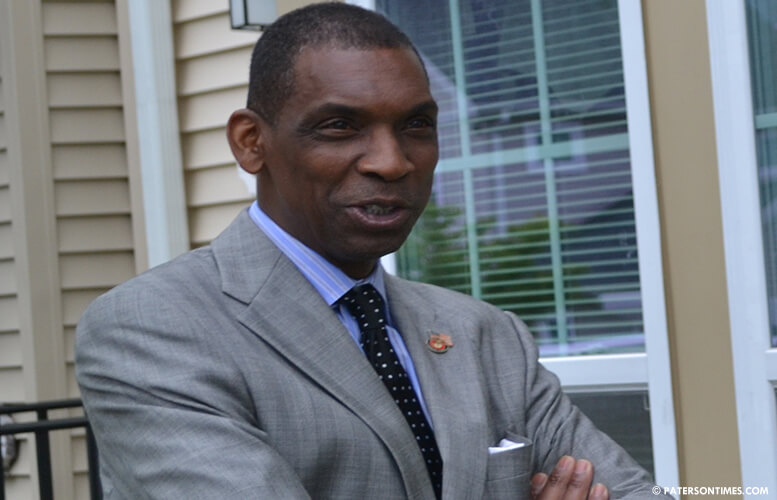 Former mayor Jeffery Jones, who had a tumultuous four years running city government prior to losing to mayor Jose “Joey” Torres, may be gearing up for a mayoral run in 2018, according to a state campaign finance filing.

Jones filed a campaign finance report with the New Jersey Election Law Enforcement Commission (ELEC) in July indicating he plans to run for mayor in May 2018.

“He never said that he was running. People have been asking him to run,” said Emanuel Capers, who served as campaign manager for Jones’ ill-fated bid to challenge congressman Bill Pascrell in a Democratic Party primary earlier in the year, on Wednesday morning.

When asked about the ELEC filing submitted to the state with the former mayor’s signature, Capers said: “I’m not aware of that report.”

Jones could not directly be reached for comments. His four-year reign was marked by a series of scandals from the overtime scandal that engulfed the Silk City as hurricane Irene waters receded to the large number of lawsuits that continue to cost taxpayers.

Motorists complained about unplowed roads and pockmarked streets in the waning days of his administration leaving him with little chance to hold onto office. Jones finished fourth place in his re-election bid.

Torres has announced his re-election bid at a fundraiser at the Brownstone House in July of this year. His administration has been marked by much bigger scandals. His office was raided by the FBI two weeks ago.

The New Jersey Attorney General’s Office has launched a criminal investigation into his alleged use of public works employees for private projects.

Besides Jones and Torres, a number of other individuals have expressed interest in running for mayor.

Former school board member Pedro Rodriguez said he is gearing up for a run on Wednesday afternoon.

“In defeat you should not disappear,” said councilman Andre Sayegh, who finished second in 2014, referring to Jones’ absence from the political scene since losing election two years ago.

The election results of 2014 was a “significant repudiation” of Jones’ handling of city government, said Sayegh.

Sayegh is contemplating a run in 2018.

Other likely candidates for the mayoral race include councilmen Alex Mendez and Michael Jackson. There was talk earlier in the year of longtime councilman William McKoy potentially tossing his hat into the race.

Jones has $692 in his campaign account, according to his filing. Jones came into office in 2010 by overcoming impossible odds. He beat Torres with just $66,000 and a strong grassroots campaign. Torres spent $1.1 million without success.