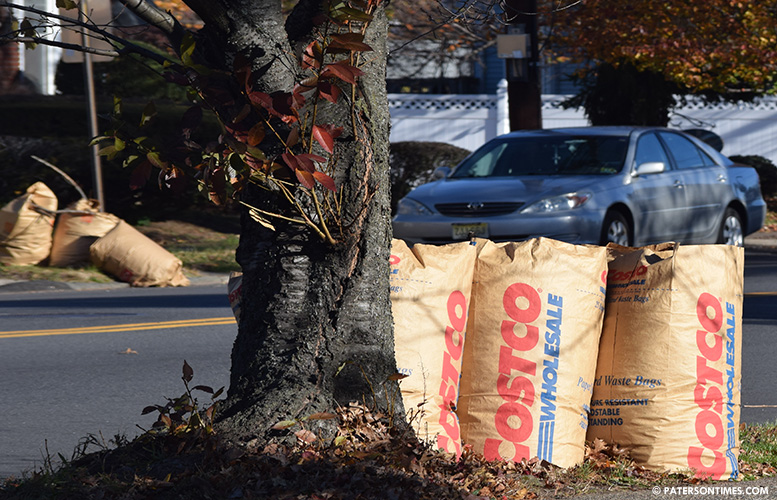 The city has been going after homeowners for “doing the right thing” by clearing their properties of leaves and bagging them for pick up by issuing tickets.

Eugene Reed, a longtime resident of East 38th Street, expressed disgust and outrage on Tuesday night, for receiving a ticket for leaving packed bags of leaves on the curbside for the city to pick up after clearing his property.

“To get a ticket for being a good citizen is outrageous,” said Reed. “Why take care of your yard? Why pick up your leaves? Why sweep your sidewalk? I get ticketed for picking up my leaves and bagging them and putting them on the curb. It doesn’t make sense.”

Reed was issued the ticket for leaving bags of collected leaves on the curb side on wrong day.

“Why are they getting a ticket for cleaning up leaves?” asked council president William McKoy. “For the life of me, I don’t understand it, taxpayers don’t understand it, why it is, with the myriad of things out there you can get a ticket for, why are they getting tickets for cleaning up leaves, when all DPW has to do is come by and pick up the bags.”

McKoy said he has never heard of tickets being issued for residents leaving bagged leaves on curbside. He demanded an explanation from business administrator Nellie Pou.

Pou said leave pick up is on recycle days.

“During recycling time they are not picking up the leaves,” added Alex Mendez, councilman at-large. He said when residents collect leaves it prevents them from being pushed into the sewer system and clogging catch basins.

“They didn’t pick it up on pick up date. That’s an insult to injury,” said Robert Parchment, who also received a ticket.

McKoy said one woman was issued a ticket even though the bags were on her property. “No one should be ticketed if it’s on your premises,” said Pou.

“The residents are very incensed about it,” said the council president. He asked whether there has been a change in policy at the Department of Public Works. Pou said there has not been any policy shifts at the department.

Parchment demanded the city rectify the issue at once and recall all of the tickets issued to residents.

“There’s no excuse for this type of behavior,” said Parchment. He said inspectors should go to other parts of the city and issue legitimate tickets to those who leave trash on the sidewalks outside of their properties rather than targeting residents keeping their properties clean. “I shouldn’t be penalized for cleaning up my property,” he said.

Law director Domenick Stampone said the tickets have to be challenged in court. He said there’s no mechanism to recall the tickets. He said both property owners have strong case to defeat the tickets.

Michael Jackson, 1st Ward councilman, said the city should pick up the leaves more frequently. He suggested revising ordinance so that residents are not ticketed for leaving bagged leaves on the curbside.

McKoy said it’s not feasible to require residents to hold packed bags on their property and put them out every two weeks. Some property owners have 30 or 40 bags collected every week between September and December.

Parchment said he had 40 bags while Reed said he had 30 bags. Both men live in the leafy Eastside section.

McKoy said those two men are not alone in receiving tickets. He said he has received half-dozen complaints from homeowners.