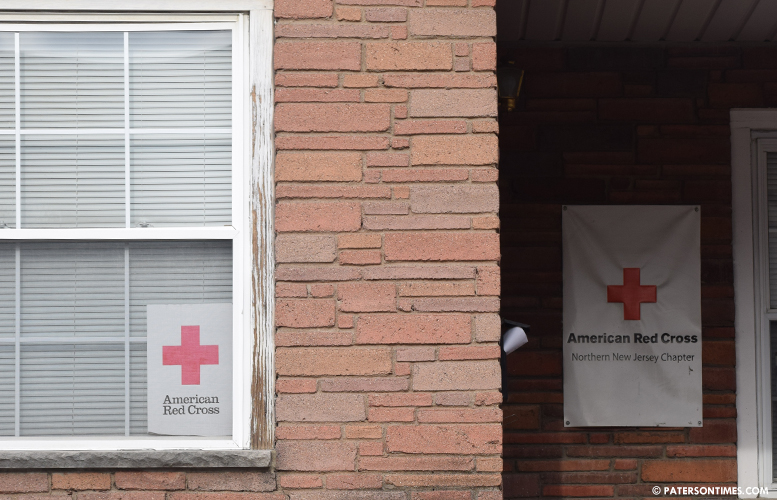 The American Red Cross satellite office on 5th Avenue has allowed the relief agency to quickly respond to disasters in Paterson especially house fires that displace entire families. Over the past five weeks, the Red Cross assisted 11 city families or 43 people who were displaced from their homes, said Diane Concannon, spokeswoman for the New Jersey Red Cross.

“The Red Cross is first on the scene providing aid to residents of Paterson,” said mayor Jose “Joey” Torres, whose administration is entering into a new lease agreement with the organization, on Tuesday evening. “The frequency of the times they are called in is the reason why we entered into this agreement, so they can quickly respond to any disaster in the city of Paterson.”

The agreement before the city council is for an 800 square feet space the organization occupies at the Riverside Vets on 5th Avenue. The agreement which runs from October 1st, 2015 through September 30th, 2017 calls for a nominal $1 fee from the group. The nonprofit has been using the space since 2008, reckons Concannon.

Concannon said the location at 165 5th Avenue has four volunteer workstations, a meeting table, and storage space where supplies are kept.

“It’s also a place for us to meet the families that are affected,” she said. This is particularly important in the winter months, she said. She said often aid workers meet with families at the scene of the disasters like fires.

Health director Donna Nelson-Ivy said the location also holds health and safety classes. Concannon said there are classes for cardiopulmonary resuscitation (CPR) and first aid for residents as well as for those seeking recertification. The nonprofit’s home fire prevention campaign in the Silk City is also run out of that office, said the spokeswoman.

“We’ve seen their work out of that location. They do great stuff,” remarked council president William McKoy.

The agreement indemnifies the city from legal damage claims. The council is expected to take a preliminary vote on the agreement at its next regular meeting on December 20th, 2016.

“We value that space,” said Concannon. Other big cities like Newark and Jersey City also have satellite Red Cross offices within their municipal borders, she said.