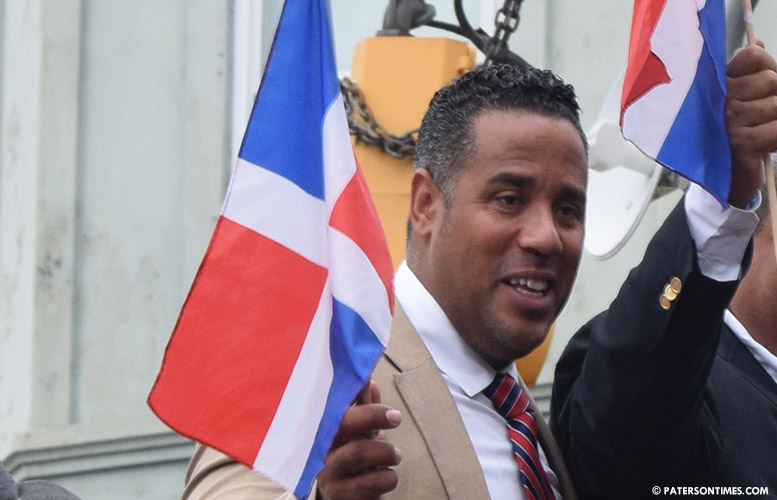 Former school board member and at-large councilman Alex Mendez announced his run for mayor in a Spanish language television program on Sunday.

“I haven’t made my official announcement,” said Mendez on Thursday morning when asked about his public declaration on the program. “That’s my aspiration. It’s at the top of my plan.”

Mendez told the host of the program called “Off the Record,” which airs in the Dominican Republic and is also watched by the city’s largest Latino community, when asked about his political future, that he intends to run in the 2018 mayoral election.

Mendez, 41, hails from the city’s Dominican community. His announcement came as no surprise to his opponents. Many of them have been presciently saying his intention has always been to run for the city’s highest office after becoming the highest vote-getter in the at-large council race two years ago.

The announcement on a foreign television program for a mayoral run in an American city gave his opponents material to question his ability to represent the diverse Silk City community.

“I will be the mayor for the entire city not for one group,” said Mendez. He said he’s getting phone calls from people urging him to run and people are pressuring him to do so in the streets.

Mendez’s message was clearly aimed at the city’s Dominican community, say his opponents. He is battling another former school board member Pedro Rodriguez for the Dominican vote.

Rodriguez also hails from the city’s Dominican community. He has said he is gearing up for a mayoral run. He has cut ties with mayor Jose “Joey” Torres, whose administration has been dogged by controversies over the past two and half years, by resigning from his deputy mayor and planning board posts.

Rodriguez retained his $70,000 telecommunications systems analyst job at the police department. Torres’ administration hired him for the position on August 31st, 2015. He worked on the mayor’s campaign in 2014.

Mendez and Rodriguez both have name recognition in the city. As both men court Dominican voters Torres could see his numbers drop. Two years ago, the incumbent mayor faced two – Maria Teresa Feliciano and Rigo Rodriguez – weak candidates from the Dominican community.

Rigo Rodriguez was under indictment and Feliciano was relatively unknown. Feliciano’s campaign was also poorly run often issuing exaggerated news releases and she was even accused of plagiarizing another candidate’s speech at a candidates’ forum.

When asked what makes him run, despite his announcement, Mendez said: “I don’t want to entertain that conversation. It’s still very early.” The 2018 race is little more than a year away. A number of potential candidates have emerged in the past months.

“People are always speculating on what I’m doing. I don’t think there’s anything to it,” said McKoy when asked about his potential run last week. When pressed for a definitive answer, the council president would not rule out a run.

McKoy is the longest serving councilman on the city council. His colleagues unanimously elected him to the council’s presidency in July of this year.

Mendez said his dream, considered risible by about half-dozen political strategists, is to bring together the various ethnic groups in the city. “My goal and dream is to be the candidate who unites all of the communities,” he said.