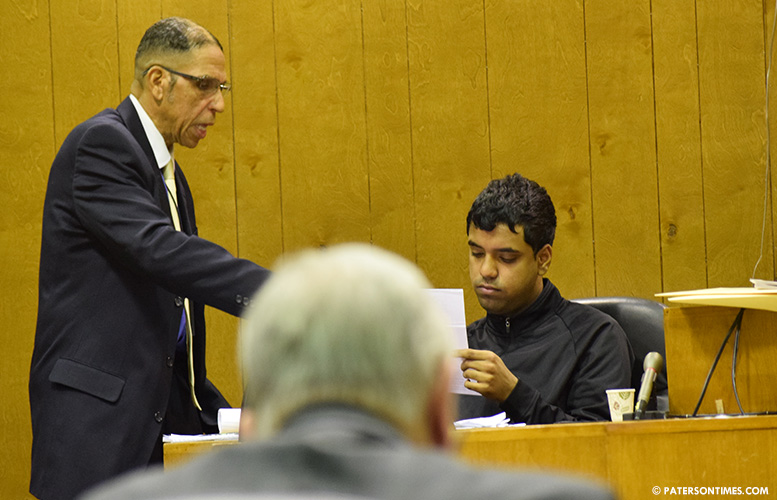 Khalique’s attorney John Carbone raised doubts about Miah’s testimony. Miah previously said he witnessed a campaign worker of Khalique’s Joyed Rohim completing documents at the campaign office while he was tasked with completing 13 mail-in voters certification at the direction of campaign staff.

“Did you see what they were filling out?” asked Carbone.

“No,” replied Miah. He was then provided a stack of certificate of mail-in voter, flaps attached to mail-in ballots, to examine and find any that were completed by Rohim, who Khalique appointed to the Paterson Board of Adjustment.

Did you find Rohim’s name? asked Carbone after three minutes.

Carbone then told the court there may be a conflict of interest in Passaic City-based attorney Adrian Bermudez representing Miah. Bermudez was involved in a case in which a homeowner accused Khalique’s brother Shelim Khalique of racketeering in a lawsuit for his role in an alleged housing scam.

“What conflict of interest?” asked Bermudez when the attorneys gathered for a sidebar with the judge. “I find that highly insulting.”

Carbone said Bermudez was involved in litigation “against the Khalique family.” Bermudez said he did not file the lawsuit against Khalique’s brother. He did file papers in the case. Carbone pointed to a letter Bermudez wrote to the state making the New Jersey Division of Consumer Affairs aware of the alleged scam that targeted property owners with underwater homes in Paterson.

Bermudez said he has withdrawn the case against Khalique’s brother.

The notary was not working for Bermudez when he notarized the statements the court was told. He notarized them on his own time. Judge Ernest Caposela remarked Bermudez doesn’t know what Ahmed does on his free time.

Asked if he considered other lawyers, Miah said he had a brief meeting with Paterson-based lawyer Richard Baldi. He said Baldi told him not to testify in their brief meeting.

Under questioning, Miah said his uncle supported Akhtaruzzaman in the election.

Akhtaruzzaman’s attorney Susan Champion objected to Carbone’s questioning arguing the questions were not relevant to the case.

“What kind of assistance did you provide and to whom?” asked Stephens.

“I just signed the papers he [Jwel Khalique] gave me,” testified Miah. At one point Miah was asked by Carbone if he maintained the secrecy of the ballot while handling them.

Miah said he did. He said he did not know which candidate was picked in the mail-in ballots he handled.