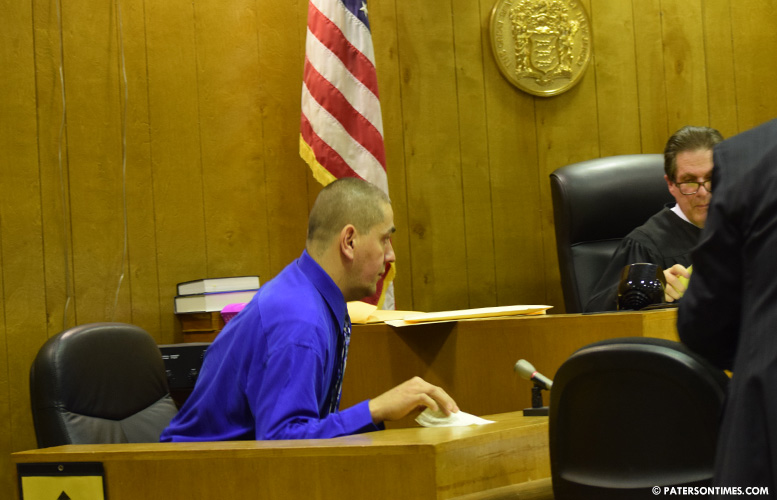 Former councilman Mohammed Akhtaruzzaman’s attorney attempted to convince the judge in the 2nd Ward election fraud trial to admit a recording in which a voter admits to election officials to having voted in the municipal election without residing in the city.

Shahin Khalique’s attorney John Carbone called the recording “hearsay” and objected to playing it in the court room. Akhtaruzzaman’s attorney Susan Champion argued there is an exception that allows hearsay statements given to public officials to be admissible in court.

Champion cited two cases. Passaic County assignment judge Ernest Caposela reviewed the two cases and was not convinced. “The exception was designed so public officials are not called into court every second,” said the judge explaining the exception allows the court to accept certification by an official.

The recording in question was a statement that was made by a voter — Nasima Chowdhury — to election officials in which she tried to withdraw her ballot because she did not live at the Dixon Avenue home from which she voted, according to Champion.

Carbone told the court Champion should have subpoenaed the voter. Champion said she resides in New York and could not be subpoenaed. If the recording were admitted it would have assisted in disqualifying the woman’s vote in a tight election.

Khalique won the 2nd Ward council seat by 20 votes. Akhtaruzzaman’s side will urge the judge to disqualify 40 votes.

Carbone plans to call 40 voters whose ballots were rejected by the Passaic County Board of Elections due to signatures. He said he will call them to the stand to verify their signatures. He said he will argue the board made an error in rejecting those 40 ballots. He estimates his 40 voters will fill the “gap” created by Akhtaruzzaman’s side. He told the judge 20 witnesses could be called per day.

Going through 40 witnesses in two days appears extremely optimistic. The court, even in full days, heard testimonies from no more than 10 people per day since the trial began in September.

Carbone said these witnesses will be questioned very quickly. He may not have to call his witnesses, he said, depending on the judge’s actions now that Champion has finished calling witnesses to the stand.

When asked wouldn’t the 40 witnesses take more than two days and further prolong the trial, Carbone said: “My client is in office.”

Some witnesses may have to be brought back as well, said deputy attorney general Alan Stephens. The attorneys said it is permissible to ask voters who they cast their ballots for in court.

The court on Monday heard testimony from two investigators from the Passaic County Superintendent of Elections Office.

Investigator Wayne Hamlin was questioned about his investigation into the residency of Rasel Ahmed. He testified he met Ishaque Ali and another at Ahmed’s Crestwood Court home in Totowa.

Hamlin said Ahmed was not there during his visit. He said he approached and showed his identification and badge prior to questioning the individuals he met at the home.

“They weren’t forthcoming in filling out the domicile questionnaire,” said Hamlin. He said investigators visited the home twice, but did not receive completed questionnaires. He also visited the Washington Place (Totowa) home of four voters who voted from a Paterson address.

Hamlin said he received questionnaires from Nasrin Younus, Mohammed Younus, Rashida Younus, and Amir Younus. He said he met with Mohammed Younus when he visited the Washington Place home.

Hamlin also described his conversation with the family as “normal” and “calm.” Carbone pointed out his report about that day said a “situation was diffused” which suggests the interaction was anything but calm.

“Did they complain about blocking the driveway?” asked Carbone.

Carbone also pointed out that Amir Younus told investigators he had to go to school.

“At some point it became confrontational,” remarked the deputy attorney general. He pointed out that Champion never asked the investigator about Amir Younes, but focused on the other three voters.

Carbone grilled Hamlin on the investigative process. He asked whether he looked up dates when the mail-in ballots were received.

“The date when mail-in was received wouldn’t that be an important date to look at to determine residency?” asked Carbone

“I guess so,” replied Hamlin.

“You guess so,” remarked Carbone. He said it makes little difference whether a voter is a resident of New York City after they had submitted their mail-in ballot. One would have to check the mail-in received date to ensure the voter was living in the ward at the time the mail-in was submitted.

For example, in Rasel Ahmed’s case, he testified that he submitted a mail-in ballot, and then moved out of Paterson a week before the election.

Cedestino Malave (pictured), investigator from the Passaic County Superintendent of Elections Office, was questioned about Nuruzzaman Suhel. He said Suhel was sent two questionnaires to determine his residency.

Malave said the county received the completed questionnaire that was mailed to Suhel’s property at 335 West Clinton Street in Haledon. He said the one sent to 227 Walnut Street in Paterson was returned by the post office.