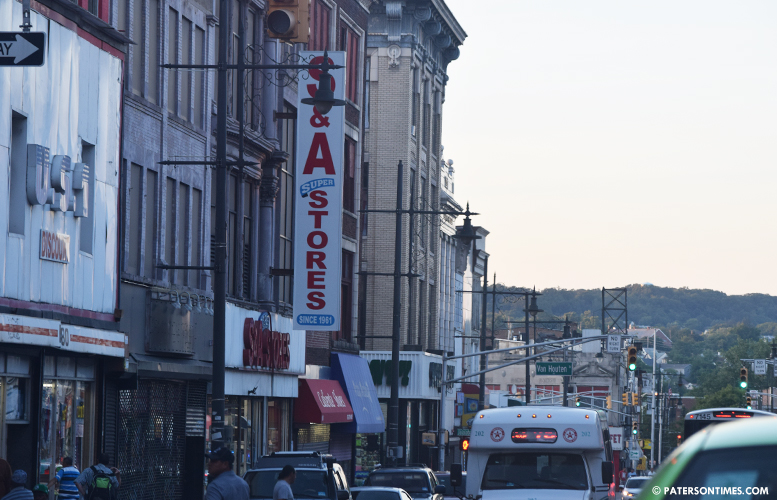 Jackson said the district is not providing enough services to businesses for the amount of fees it is collecting from property owners. He also alleged the executive director of the district Sheri Ferreira – without mentioning her name – was collecting an exorbitant salary and had an alleged conflict of interest due to her employment with both the district and the Greater Paterson Chamber of Commerce.

“This SID is not being run properly. This money is being squandered,” alleged Jackson. The council had before it a $304,000 budget for the district struck by downtown businesses that have volunteered to pay an extra tax for more services.

“We have a person who is not from this community,” said Jackson taking aim at the district’s director. He claimed Ferreira was collecting an $80,000 salary from the district and another $40,000 from the chamber for an annual salary of $120,000.

Jamie Dykes, president of the Greater Paterson Chamber of Commerce, said the numbers were “overstated.” Ferreira works full-time for the district for approximately $57,000 and she earns $15,000 from the chamber, she said.

Jackson also said there’s an alleged conflict in the arrangement between the chamber and the district to share office space and printer. Both entities operate out of an office at 100 Hamilton Plaza.

Dykes, who also serves as the business administrator for the district, said both entities evenly split their bills for internet, phone, and other expenses. Neither Dykes nor Ferreira saw a conflict of interest in the arrangement between the two entities. Both entities work to further the interests of local businesses, said Ferreira.

“What I will not stand for is if he impugns my reputation. I will seek legal advice,” said Ferreira who was not present during the hearing. She was alerted to what was occurring and made a trip to City Hall after the vote.

Jackson made his allegations, which alarmed some of his colleagues, through a digital slide presentation. He wanted to table the $304,000 budget for district. His presentation convinced councilmen Luis Velez and Alex Mendez to table the measure.

“If there’s a conflict of interest it should be thoroughly investigated,” said Velez.

Council president William McKoy told council members the district has its own board which makes decisions about the way funds are expended. He asked law director Domenick Stampone to give an opinion on the alleged conflict of interest.

Stampone said he did not have enough information to determine whether there is a conflict.

“I only have the benefit of one side,” said Kenneth Morris, councilman at-large. “You cannot confuse process and passion.” He said the council is not the steward of the district’s budget; the council merely passes a resolution to allow the district to collect an additional assessment a majority of the downtown property owners agreed to pay.

There was great deal of passion from Jackson and 9 people who spoke during the public hearing for the district budget.

Some of the speakers complained about the current state of the downtown business area. There were complaints about garbage, panhandlers accosting shoppers, and lack of police presence.

Victoria Oquendo, an activist, said she was accosted by three panhandlers outside of the chase bank.

“Something wrong in downtown,” said city resident Donald Lynch. He said the corner of Broadway and Washington Street reeks of marijuana.Both men a hostile relationship

Morris said the police department needs to do a better job in the downtown area. He said district was created to supplement the services being provided by the city and not to replace them. He noted the district’s staff cannot handle tasks that are ordinarily handled by police.

Absent at the hearing were members of the district. “The complaints need to come from the people who pay. They decided they want this tax,” said Davila.

Jackson at one point appeared to take aim at Dykes. Both men have a hostile relationship going back years. Dykes assisted Jackson in securing a $140,000 business loan from the Paterson Restoration Corporation (PRC). Jackson defaulted on the loan when the Great Recession took its toll on his restaurant, Jacksonville, on Grand Street.

The corporation is attempting to collect its money through the court system.