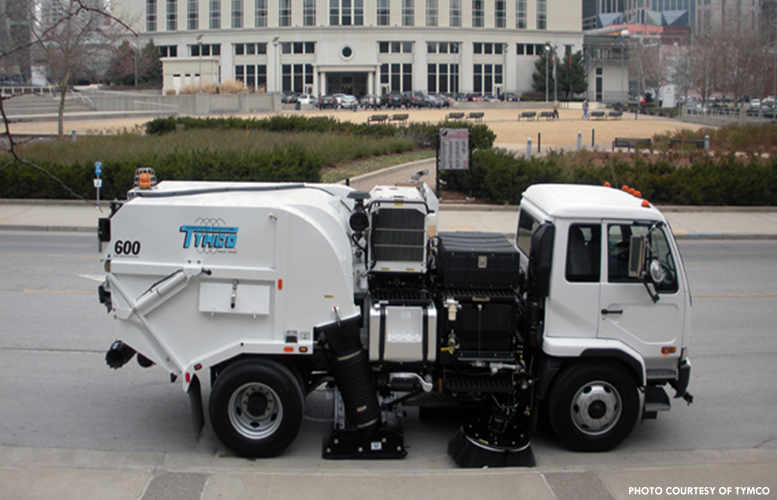 After much back-and-forth over whether to purchase new street sweepers so soon after buying a fleet of seven machines, the city council on Tuesday evening relented approving $1 million to buy four new sweepers.

“That’s what we’ve been operating over 10 years,” said Ojeda. His arguments did not work in late 2015 when mayor Jose “Joey” Torres’ administration tried to buy five TYMCO machines.

This time, the administration is using funds from the Clean Communities and Recycling grants which made it easier to secure approval from the council. Alex Mendez, councilman at-large, cited the use of grants, before he voted in favor of the contract.

Ojeda said the two grants will pay for the entire cost of the four machines.

Rodriguez, who is a constant presence in the public works yard, said city mechanics will be able to maintain the machines. He also sold machines to Paterson in 2003, he said.

The city did not have a maintenance agreement with Belleville-based Northeast Sweepers which sold the seven RAVO 5 sweepers for $1.3 million in 2014 resulting in machine breakdowns. The breakdowns left city streets “filthy” in the past two summers. The breakdowns resulted from a mix of reckless operation and poor maintenance, revealed city maintenance records.

The director has previously said the city will continue to use the RAVO machines for smaller streets and parking lots.

Council members approved the purchase without any opposition.

“A lot of calls come in when the streets is not swept. We got to start sweeping our streets,” said Ruby Cotton, 4th Ward councilwoman.