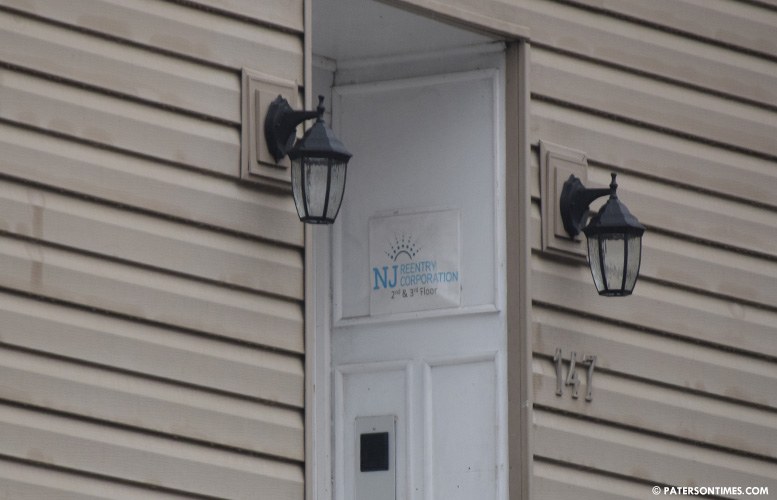 Mayor Jose “Joey” Torres’s administration is moving the Paterson Neighborhood Assistance Office from its current Ellison Street building to the Montgomery Street location that serves as the site of the controversial prisoner reentry program run by former governor Jim McGreevey.

This move has been going on since mid-December and has left the program in a state of limbo for almost three months. Staff members have packed documents and office materials into boxes that have been sitting at the Ellison Street building. There are signs at the building directing residents seeking assistance to go to the Montgomery Street site.

“Our daily function has been severely disrupted,” said activist Robert Isaiah who works at the office. There are no computers, no phones, no printers, and no client information documents at the basement of 147 Montgomery Street.

“A client comes here now, I don’t have any in-take applications here,” said Nancy Grier, community relations specialist in charge of the Neighborhood Assistance Office which connects residents to employment, rental apartments, and other resources.

Grier and her team have been alternating between the two locations. The move has left residents the office serves confused. Isaiah said it has become difficult to serve the more than 500 residents who seek resources from the office every month.

“The Neighborhood Assistance Office (NAO) has still been able to provide services to the public and our constituents during this time,” said Torres in a written statement last week.

Paterson appears to have attempted to move some of its social service programs into the building which was renovated using $180,000 in federal Community Development Block Grant (CDBG) money after a late November announcement by McGreevey that his reentry program would move out of the location by the end of the year due to the ensuing FBI investigation into the controversial renovation project.

The city filed in court and a judge ordered the New Jersey Reentry Corporation to stay put at the location in an early February ruling. The judge’s ruling appears to have negatively impacted the city’s strategy to move its social service programs into the building.

Paterson has yet to sign a lease agreement with the William H. Butler Help Center, a nonprofit organization, which rents the space to New Jersey Reentry Corporation. Torres said the lease agreement is being finalized and he expects to have a signed agreement “soon.”

At present, the Neighborhood Assistance Office does not pay any rent for its office space on the second floor of 125 Ellison Street. Torres said the $8,400 annual rent for the Montgomery Street site will be covered through a CDBG grant.

“I haven’t seen the plan. I’m not aware of it,” said Kenneth Morris, councilman at-large, chairman of the Community Development committee. “It has not come through committee.” He said the city will have to earmark those dollars in its annual action plan to the United States Department of Housing and Urban Development (HUD).

Torres said the Neighborhood Assistance Office was previously located in the 4th Ward. He said the return to the neighborhood will “better serve” 4th Ward residents. He said the office will also be able to assist individuals participating in the reentry program.

Ruby Cotton, 4th Ward councilwoman, said she has not received complaints from residents about the confusion the two locations have created. The office has been at Ellison Street since 2008, said Grier.

“They’re confused about where to go,” said Grier. The half-dozen staff of the Neighborhood Assistance Office also have been impacted – morale is running low.

Grier said she likes the location at Montgomery Street. She echoed Torres’ that the move will bring resources closer to the area that needs it the most.

“I’d love to be here,” said Grier. She would also like to see the office return to normal operation where staff members are assisting residents rather than running a mile between the two locations.