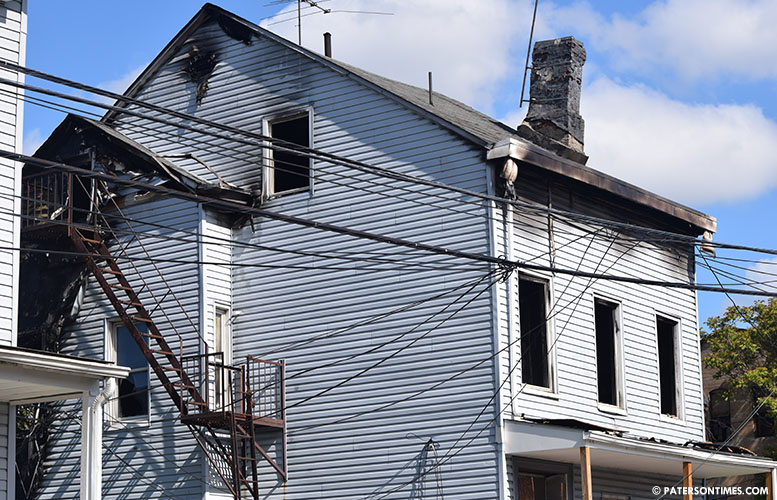 Firefighters arrived at 52 Paterson Street at 6:02 a.m. to find a fully involved blaze. Within an hour firefighters knocked down the blaze and had the fire under control, said the deputy chief.

“There were no injuries to firefighters or civilians and no displacement of residents,” said Calamita. He said 56 Paterson Street sustained radiant damage from the blaze at the burning 2.5-story vacant structure.

The now badly charred house was a known shelter for out-of-town drug addicts and vagrants. In February, a homeless Mercer County man was charged with stabbing a man to death inside 52 Paterson Street, according to police.