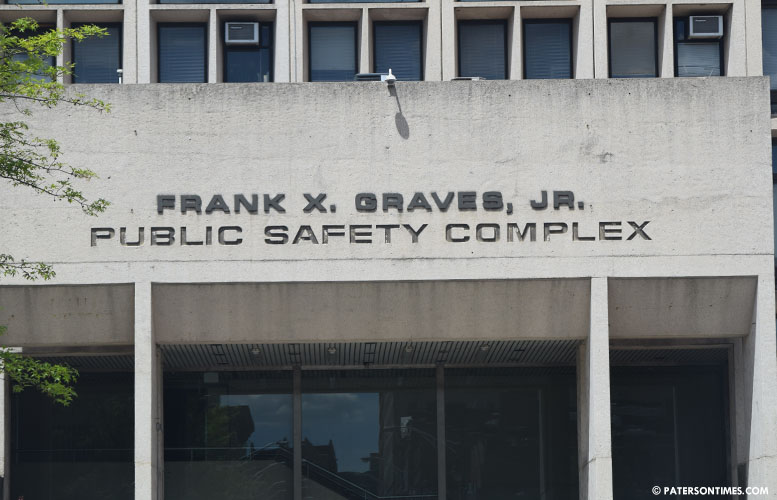 Police officer Akram Abdellatif has been the top off-duty earner for the past almost six years. He earned $328,805 in off-duty pay from fiscal year 2011-12 through 2016-17 so far, according to city records.

Prior to his retirement, police officer Ronald Altmann came in as number two behind Abdellatif for three fiscal years. He earned $159,683 in off-duty pay from fiscal year 2011-12 through 2013-14, according to city records.

Altmann retired in 2016, according to state pension data.

There’s also police officer Antonio Blasucci. He has been in the top ten off-duty earners for the past almost six fiscal years. He earned $269,322 in off-duty pay from fiscal years 2011-12 through 2016-17.

Alex Cruz, president of the Police Benevolent Association (PBA) Local 1 that represents rank and file officers, said jobs are distributed by him and the booking officer.  ”Jobs are distributed on a seniority basis and also distributed to officers according to their time off,” he said.

The average officer gets six jobs a month, he said.

“There’s an excessive number of jobs that can’t even be filled,” said Cruz. There’s pages of jobs posted on a board inside the department that any officer can take advantage of, he said. He said the off-duty jobs pay between $25 to $75 per hour. He also said officers in specialized units like detective bureau, CSI and other units that work five days a week get two days off receive priority when it comes to off-duty jobs. “Those officers will go to the top of the list regardless of whether they are in top seniority or low seniority because of availability,” he said.

Mason Maher III, president of the police Superior Officers Association, did not return a call for comment.

Police officers are hired by private firms through the Paterson Police Department for off-duty assignments. For example, when a utility company is handling work on a street, it will hire an off-duty officer to block traffic for safety.

“Don’t forget it’s based on seniority. That’s contractual,” said police director Jerry Speziale. “It’s not that anyone takes more away from somebody else.” Abdellatif and Altmann joined the department in 1993. Blasucci started working in 1989, according to city records.

The same officers appearing in the top ten off-duty earners list multiple years raises questions of favoritism. “There cannot be favoritism. It has to be done by seniority. So how can you get favoritism?” remarked Speziale.

“There’s a lot of facets in that process. It’s not like guys are taking more jobs. Everybody here has the same opportunity,” said Cruz.

“I don’t know how those jobs are assigned. I don’t know what the criteria are,” said council president William McKoy. “To reward the highest paid with supplemental income appears inherently unfair as opposed to assigning it to maybe the least senior who are being paid the least amount.”

The council president suggested a blindfold system that does not look at seniority, but distributes the off-duty jobs to all interested officers in an “equitable” manner. He wants lucrative off-duty jobs available to newly hired officers. A new recruit makes roughly $34,000 a year in the city.

Councilman Michael Jackson, chairman of the public safety committee, said he has hired off-duty officers for a block party in the past. He said he selected the officers he wanted.

Jackson said he agreed with McKoy. Both councilmen want new officers, who earn lower salaries, to supplement their pay through off-duty assignments.

Cruz said the two councilmen should have contacted him to learn about the process used to assign the off-duty jobs. He said new officers are given jobs. When asked about the dearth of new officers in the top ten big earners list, he suggested not all new officers take advantage of the available off-duty assignments.

Sometimes there are emergency jobs that open up that require quick response. He said officer Blasucci receives calls to fill off-duty jobs 24 hours a day and he agrees to take them while others do not. Not all officers are willing to take off-duty jobs during odd hours particularly during the weekend, he noted.

Cruz thought Abdellatif was being unfairly targeted. “He’s an incredible officer here. Everybody loves them,” he said. He said all his men and women work hard to earn their off-duty pay. He said officers wait 4-5 months before seeing their off-duty checks. He suggested the council work on a solution to ensure officers are paid in a more timely fashion for off-duty work. The city receives checks from private firms and then pays the officers.

To insinuate the off-duty job assigning process is broken is wrong, he said.

The ten top police off-duty earners for the past five fiscal years and year to date for current, 2016-16 fiscal year, can be found here.