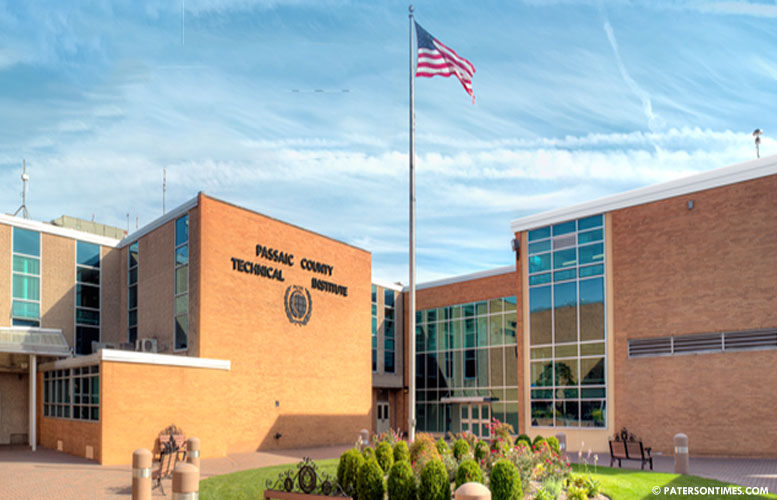 Diana Lobosco, superintendent of the Passaic County Vocational School District, said her district is vigorously protesting the elimination of courtesy busing program. She said taking away busing for Paterson students attending the high school will force them to travel through narrow, winding, and sidewalk-less Preakness Avenue.

“It’s an extremely hazardous roadway. There’s no sidewalks. There are many trucks, buses, and cars there on a continual basis. It will be a definite hazard for anybody needless to say students to walk from Paterson, up the hill through two towns, Haledon and Wayne, to come up to our school,” said Lobosco on Thursday morning. “Our board of education and the administration strongly disagree with the decision the Paterson school district is making. And obviously, they are not concerned about the children from Paterson who come here.”

Lobosco said her high school has sent communications to parents urging them to take up the issue with the school board in Paterson. She learned about the loss of transportation for the 491 students only last week when the district sent an email to the business administrator of the high school, she said.

Terry Corallo, spokeswoman for the Paterson Public Schools, said the district communicated its plan to end courtesy busing to the vocational school’s appropriate board and the executive county superintendent of schools. She did not specify a time frame when the communications were done. “We also notified PCTI’s Business Administrator and they provided the lists for us to use when providing parents advance notification in May for a change that will take place in September,” she said.

“We went to all their meetings. No one ever mentioned cutting transportation. Not once did I hear that,” said Carrie Gonzalez, whose daughter is a junior at the Passaic County Technical Institute. She lives in the Hillcrest section. Her daughter will not be eligible for busing next year for residing within 2.5 miles of the high school.

State-appointed district superintendent Donnie Evans mentioned his administration would eliminate courtesy busing to save $930,000 during this year’s budget meetings. However, the number of students to be impacted was not disclosed.

“It’s something that should have been brought to our attention. Why does it have to be after the fact?” said Sailys Cabral, whose twin daughters started at the high school this school year. “We were blindsided.”

Cabral, who lives in the Hillcrest section, is almost a regular at school board meetings.

In addition to the 491 city students attending Passaic County Tech, 199 students enrolled in schools in Paterson will also lose busing.

This makes the total number of students impacted 690.

Corallo noted 1,100 students, who live 2.5 miles or further away from Passaic County Tech, will continue to receive busing next year.

“Our school district has been addressing continued budgeting challenges and we needed to make difficult decisions – which now includes the elimination of courtesy busing,” said Corallo who responded for the district and Evans.

Evans faced a daunting fiscal situation this year. He had to close an almost $42 million budget shortfall. The district has cut 208 positions including 96 teachers. He was criticized by board members, education advocates, community leaders for his administration’s lack of transparency in preparing the 2017-18 school budget.

School board president Christopher Irving said the district can no longer afford to provide the courtesy it has for such a longtime. Student safety problems should be addressed by Passaic County Technical Institute, he said earlier in the week.

“Does that mean we can knock the hill down and make it flat?” said Lobosco when told of Irving’s statement. Irving did not return a call for comment on Thursday. For 40 years, Paterson provided transportation to student attending the technical high school, she said. She also pointed out the district’s own transportation policy states it takes into account not only distance, but also “hazards involved on the route to be traveled.” The school board is expected to revise this policy at its June 21st, 2017 meeting, said Corallo.

Irving did not return a call for comment on Thursday.

“We don’t have the luxury we had in the past,” said school board member Flavio Rivera, chairman of the fiscal committee. He softened his position after learning of the treacherous nature of Preakness Avenue. “We should have a talk at the district,” he said.

School board member Emanuel Capers, who lives in the Hillcrest section, received large number of phone calls from parents. “I stopped counting,” he said. He received more than 40 phone calls about the issue, he said. “It’s a huge issue. Kids on my block are being affected. We have to sit down and look at what we could do to get courtesy busing back.”

“What can Tech’s board of education do to help us with the cost?” said Capers.

The vocational school students impacted by the elimination of the program live in the 1st and 2nd Wards of Paterson. Councilmen Michael Jackson and Shahin Khalique have expressed concerns about student safety.

Khalique said he has received several calls from parents.

“The expectation to have these kids walk to that school is absolutely ridiculous,” said Jackson. “We often pass the buck as if our children are not our responsibility. They are our responsibility wherever they decide to go to school.”

Jackson is no fan of the Passaic County Technical Institute. He has criticized the school for pilfering Paterson’s most brainy and athletic students.

After she drops off two of her children to city schools, Gonzalez is often late for work every morning. She doesn’t have to worry about her daughter who takes the bus to the vocational school. She’s not sure what she will do next year.

Both Gonzalez and Cabral are attempting to organize parents to protest the elimination of the courtesy busing program at the June 7th, 2017 meeting of the school board at 6:30 p.m. inside 90 Delaware Avenue.

“This is during peoples’ work hours,” said Kenneth McDaniel, assistant principal at the Passaic County Tech, who coordinates transportation for the high school, pointing to 3 p.m. dismissal. He notes safety dramatically worsens during the winter.

“It’s difficult coming up in a car in the winter because of the ice on the road,” said McDaniel. “It’s an unsafe condition.”

The district was expected to eliminate its courtesy busing program at the beginning of the 2016-17 school year due to a budget crunch, but it did not do so, said Rivera.

“I can sympathize with their financial situation; however, we’re talking about the safety of students here. We’re not just talking about a walkway that is flat and has sidewalks, red lights, and crossing guards,” said Lobosco. “This is not the way to save money by putting students’ lives in danger.”