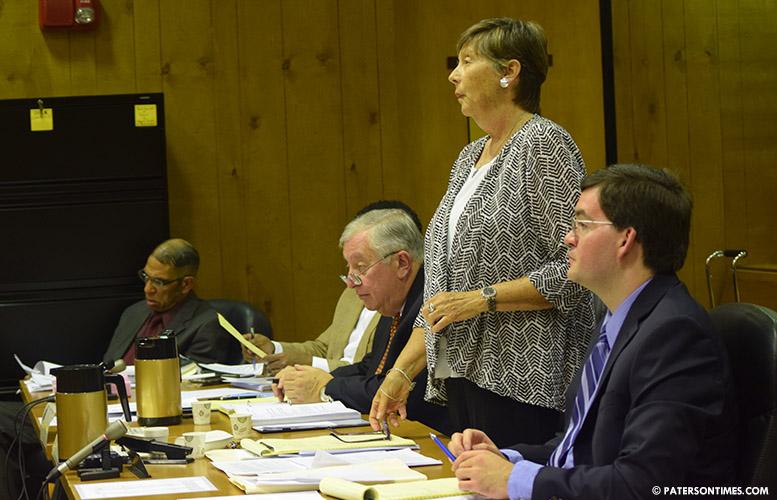 After hearing arguments on Friday afternoon in 44 ballots former councilman Mohammed Akhtaruzzaman’s side is seeking to nullify, Passaic County Superior Court judge Ernest Caposela is expected to render a decision in the drawn-out case in early July.

Akhtaruzzaman is seeking to invalidate 44 votes allegedly cast by voters who did not live in the 2nd Ward, whose ballot listed faulty assistors, and other issues in an election that was decided by just 20 ballots.

Councilman Shahin Khalique’s attorney, John Carbone, put up a vigorous defense. He argued against invalidating any of the ballots.

The judge heard arguments on the 44 ballots from both sides as well as deputy attorney general Alan Stephens. In some cases, Stephens agreed with Carbone in others he agreed with Akhtaruzzaman’s attorney, Susan Champion.

Stephens in his brief has suggested the court reject 22 mail-in ballots. His arguments are based on months of voters’ testimony in which many said they did not vote in the 2nd Ward election.

The hearing was largely a rehearsal of the testimony the court heard since September 2016 when the case began. The judge heard a new argument in the case from Khalique’s side.

Carbone argued election officials should have provided translated voting materials in the Bangla language. His argument was that in absence of translated martials some assisters had to help large number of voters with a language barrier. Assistors like Foyes Ali and Titu Miah, both of whom worked for Khaliques campaign, completed larger number of ballots listing themselves as assistors.

It’s illegal for campaign workers to serve as assistors.

Some of the voters Miah and Ali purportedly helped never met. Carbone if 10-percent of voters speak a language other than English state and county election officials have to accommodate them with translated voting materials.

“There is no requirement,” said Stephens. “That argument is completely without any weight and should be disregarded.” He said the 10-percent rule applies to Spanish only and that’s based on the Census. Providing translated sample ballot for every group is “completely unrealistic,” he said.

Stephens also noted voters who testified at the hearings did not identify language barrier in voting as an issue.

Carbone accused both the Passaic County Board of Election and the New Jersey Secretary of State of discrimination. “The secretary of state is discriminating,” he alleged. Stephens said Carbone is attempting to indict election officials.

“I don’t think any election official is at fault here,” said Stephens.

In his court filings, Carbone said state and federal laws like the Voting Rights Act were violated because voters were not provided materials in Bangla.

“Federal government will let you know when you’re out of compliance. Passaic County is in compliance,” said Stephens.

Carbone’s new argument that voters needed materials in their native language was described as a “red herring” by the deputy attorney general. Stephens said Carbone’s argument detracts from the questions in the case which has much to do with election fraud rather than anything else.

His argument on language barrier was to provide a “backdrop,” said Carbone.

The judge heard arguments on the 44 voters and is expected to render a decision on July 7th, 2017. He lifted up two large journals that were filled with notes in a trial that has been going on since September of last year. The judge said he has to review his notes to pen a written decision.

Both Khalique and Akhtaruzzaman were in the court room with some of their supporters.