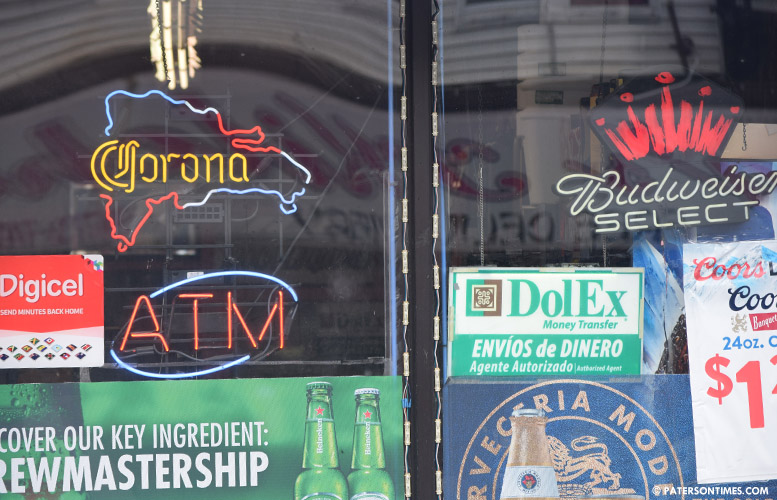 The city received a favorable decision from an administrative law judge last week in its long drawn-out dispute with liquor business owners over the business curfew ordinance that forces establishments in high crime areas to close at midnight.

Thomas Betancourt, an administrative law judge, in a decision issued on Wednesday delivered a blow to ten liquor store and bar owners who sought to overturn the business curfew ordinance. The business owners argued the city did not have the authority to regulate hours of operation for liquor license holders because it is not a municipality of the first class. For a municipality to be a city of the first class it needs 150,000 or more people.

Businesses argued the city could not force some liquor license holders to close at midnight while not forcing others.

“I disagree.  Respondent [the city] did not limit the hours of individual licenses. It limited the hours of all licenses within specified areas within the City of Paterson,” wrote Betancourt. “Paterson has the authority to limit the hours of sale for alcoholic beverages, either by ordinance or resolution.”

The businesses argued the city has to uniformly regulate hours for all liquor licenses. The judge cited a case called Quick Chek v. Township of Springfield to assert “Paterson has the authority to regulate business hours of operation in specified areas of the City. This would logically include the sale of alcoholic beverages.”

Quilvio Montesino, who organized the opposition against the business curfew, said the bar and liquor store owners will shift focus to creating a way out of the curfew zones.

“What can we do?” said Montesino when asked for his reaction on the adverse ruling. The businesses filed their challenge against the business curfew almost three years ago. The wait sapped the will of the business owners to continue the battle, he said. “It’s not as dead as we think,” he said.

Montesino presented a proposal to council members this month to amend the ordinance to create a way out for some of the hotspot zones. The council appears to support creating a way out for areas that have shown significant improvement with the stipulation that if conditions deteriorate the business curfew will be re-imposed.

The mayor and council welcomed the decision.

“This case isn’t about favoring the city over bar owners.  It’s about sensible, common sense regulations that create safe zones for our residents, especially young people,” said mayor Jose “Joey” Torres in a statement on Monday afternoon. “Bar and liquor store owners think they’re being targeted, but in reality, they are being treated equally since all businesses in the hot spot areas must be closed at midnight.”

Councilman Andre Sayegh, who introduced the business curfew measure, said the bar and liquor store owners did not have much of a case to begin with. “I wouldn’t have done it if I didn’t think it was lawful,” he said. “This is data driven. We have the statistics to support our ordinance.”

Sayegh modeled the ordinance on a similar measure that exists in Jersey City that has survived challenges. He is not against creating a way out of the business curfew. He suggested businesses get together to improve their area and even formally create special improvement districts with decent security budgets to reduce crime in their zones.

“That’s an option they can consider,” said Sayegh. “Montesino is doing the same thing anyway.” Montesino got together with other businesses on Broadway to better illuminate the area, hire locals to clean up debris and trash, and hire a security guard to patrol the vicinity.

“We’re pleased with the outcome. We know the impact has been significant,” said council president William McKoy. The the ordinance has reduced non-fatal shootings by 79-percent in the designated zones.

McKoy said he didn’t see any reason why the state would not accept the decision. He said he was pleased the judge upheld the city’s right to tackle crime by taking measures to improve quality of life and protect its citizens.

Councilman Michael Jackson, chairman of the public safety committee, said the business curfew creates an unfair playing field for establishments. He said it’s “unfair” to tell some bars to close early because they happen to be in a certain part of the city.

“If the neighborhood choses to hang out in a certain area then the businesses pay the price,” said Jackson. He also said the business curfew has caused crime to move from rough areas to the much cleaner and safer parts of the city. Indeed, police officers who patrol at night have said as much in a survey. One example has been Union Avenue in the 1st Ward. The city attempted to address Union Avenue by adding it into the business curfew, but business owners opposed the move and the council gave way.

Jackson is in favor of forcing some business to close early; however, it should be based on whether that business is a nuisance to the neighborhood. He noted creating zones can lead to one problem business ruining it for the rest in a given area.

Council members are waiting on police to provide updated crime data for the 16 designated zones before creating an exit route for hotspot zones.