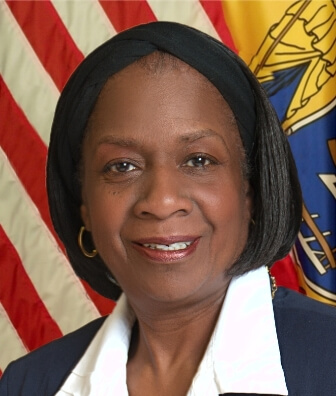 The city council ended weeks of political maneuvering with the selection of Ruby Cotton as president on Saturday afternoon. Cotton, who is in her second term as 4th Ward councilwoman, was selected in a 5-4 vote over councilwoman Maritza Davila.

Cotton will find herself in the city’s highest office if indicted mayor Jose “Joey” Torres is convicted of corruption charges.

“There’s a lot of work that has to be done,” said Cotton after the vote. She engaged in intense lobbying to gather the support of her colleagues. Up until the vote, she was uncertain whether she would be selected as the president.

The deciding vote was cast by Luis Velez, 5th Ward councilman, who has been dubbed as a wildcard. “I haven’t been sleeping the past few days,” he said. His speech made the packed audience at the reorganization meeting anxious; some yelled from the audience for him to cut short his speech and cast the vote.

Velez joined council members Michael Jackson, William McKoy, and Andre Sayegh in supporting the 4th Ward councilwoman. Cotton voted for herself. Velez, who finished his first year as councilman, was rewarded with the vice presidency of the council.

Cotton’s biggest supporter was Sayegh. He was early to vow his support for Cotton and quickly nominated her for the post on Saturday afternoon.

Davila voted for herself and secured support from Shahin Khalique, Alex Mendez, and Kenneth Morris.

“At the end of the day politics is politics. It’s not personal,” said Davila after losing her bid. For more than a month she has, behind the scenes said, she had the votes to become president of the City Council. Though prefaced with “it’s not personal,” she suggested a promise given to her was not kept.

“When you give your word, you stand by it,” said Davila.

Council members were relieved to have placed the presidency vote behind them. Jackson said the “nasty headed politics” left a bad taste in the roof of his mouth.

Morris said the city is in a state of “severe flux” and Cotton has a “yeoman’s task” before her. He has three times served as council president.

Both Morris and McKoy offered to assist and provide advice to Cotton.

Torres congratulated the new council president. He also recognized his legal troubles and the precarious state of his position that has led to the intense political jockeying leading up to the vote. What would happen in the event of his conviction?

The mayor answered the council president will fill in until the council voted in an interim mayor. The interim mayor would serve until an election is held for the voters to select their chief executive.

Cotton vowed to look out for the interest of all the city’s different ethnic groups. She said she does not ask someone their race or their neighborhood when they contact her for assistance. She was elected in 2012 and re-elected in 2016.

This is Cotton’s first stint as council president. Her husband Ed Cotton has previously served on the city council.