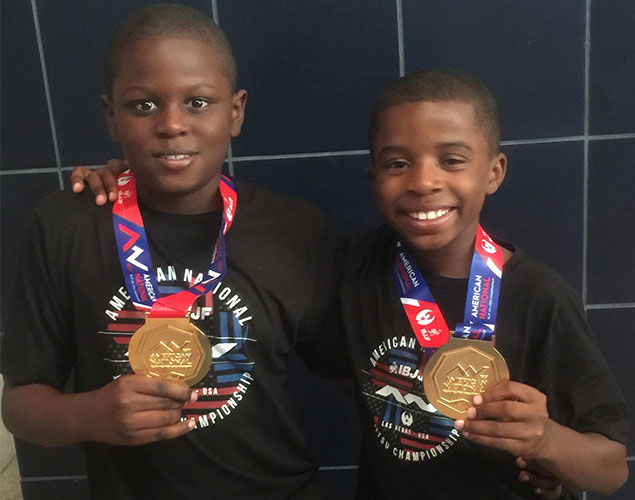 “He improved a lot. The most impressive part is that he competed for a higher belt this year,” said the boys’ father Naji Mitchell speaking of the gold medal Mitchell won this year. “I’m very proud of them. It’s pretty significant.”

The boys went up against the best contenders in the United States and won. “ This year they competed at higher belts with an increased level of competition. There were hundreds of kids there,” said the father.

Their triumphs are closely followed by the local community. For example, mayor Jose “Joey” Torres, assemblyman Benjie Wimberly, and councilman Andre Sayegh helped with fundraising to send the boys all the way to Nevada for the competition, said the father. The Paterson Great Falls Rotary Club also supported the boys on their journey to the championship, said the father.

Both boys were recognized last year for representing their hometown at the competition by the city council. Dixon and Mitchell are fifth graders at School 25.

The boys train at the Unity Jiu-jitsu School in Totowa. Their coach Devhonte Johnson also won a medal at the competition.

The family traveled from Paterson to Las Vegas for the competition.