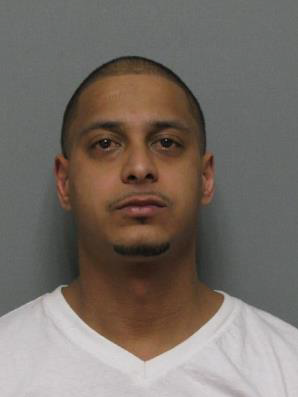 A man was arrested on Tuesday and charged with reckless manslaughter for delivering a punch that killed an Elizabeth man inside a Park Avenue bar, according to the Passaic County Prosecutor’s Office.

Luiz Martinez, 34, of Paterson, was allegedly involved in a brief verbal exchange with Agustin D. Arias-Gomez, 53, of Elizabeth, inside the J&G Lounge and Liquors on Park Avenue. Police said the incident occurred at 8:43 p.m. on Sunday.

Martinez (pictured) allegedly struck Arias-Gomez in the face with a single punch following the verbal exchange. Arias-Gomez fell backwards and struck his head on the floor. The victim was rushed to St. Joseph’s Regional Medical Center, but died from his injuries the next day, authorities said.

The fatal incident happened inside a liquor store known for being a problem in the neighborhood. J&G Lounge and Liquors was suspended for nine days in Sept. 2015 for allowing patrons to exit the establishment with liquor.

J and G Lounge and Liquor was suspended again in January 2016, for 30 days, this time for loud music, selling untaxed cigarettes, and other violations.