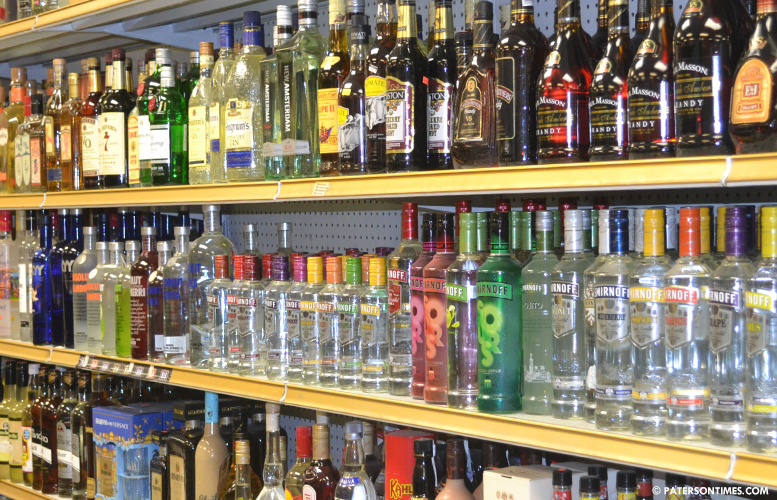 The city council unanimously enacted a new ordinance to force liquor stores to stop selling package goods – including beer and wine – after 10 p.m. The measure was heavily lobbied for by local young people and anti-drug advocates.

Liquor stores are prohibited from selling hard liquor after 10 p.m. by state law, but are allowed to sell beer and wine. This ordinance prohibits those stores from selling beer and wine, said advocates and municipal officials. The measure does not force liquor stores to close at 10 p.m., said law director Domenick Stampone on Tuesday night.

Stampone’s law department crafted the ordinance that acknowledges the city lacks the authority to set different hours for different liquor licenses. However, the ordinance invokes the New Jersey Constitution to assert the state government is unfairly constricting municipalities like Paterson from regulating liquor stores. Newark and Jersey City, both with over 150,000 people, have the designation of being first class cities which allows them to regulate hours for liquor businesses.

Both Jersey City and Newark have ordinances that force liquor stores to close at 10 p.m. Newark’s ordinance for example states, “During hours when sales of alcoholic beverages are prohibited the entire licensed premises shall also be closed.” Paterson’s ordinance has no such provision which will allow liquor stores that sell other things such as groceries to remain open.

Some saw the lack of a force close clause as a shortcoming of the ordinance.

“We want a hard close,” said William McKoy, 3rd Ward councilman. He is not getting a hard close. Some council members suggested amending the ordinance that passed on Tuesday night at a later date to incorporate a hard close.

Supporters see the ordinance as a way to reduce access to alcohol for young people while curbing crime and nuisance in neighborhoods. Liquor establishments in the city are magnets for crime, according to a study by Paterson Coalition Against Substance Abuse (P-CASA) which supported the measure.

“Anything goes in Paterson. Anything can no longer go on,” said Kenneth Clayton, pastor of St. Luke’s Baptist Church. “We just want them to stop making money at 10 p.m.”

Sylvia Farrar, a member of the Ceasefire community group, said the measure will save lives. “Please close all the liquor stores at 10 p.m.,” she told the council. Some speakers suggested liquor businesses were selling more than alcohol late at night. There have been cases where liquor stores were mixed up with illegal drugs.

Police raided Hascup’s Liquor Store in Feb. 2016 and seized an assault rifle, machete, and 240 bags of heroin. There was also Euclides Moya, owner of a local liquor store, who was arrested for allegedly unloading 18 kilograms of heroin and 20 kilograms of cocaine from a tractor trailer on 2nd Avenue in Oct. 2015.

Some liquor store owners attended the meeting on Tuesday to voice their opposition against the new law.

Another liquor business owner, Herbert Cruz, who owns the Gallery Liquors on McBride Avenue, said the measure is redundant. “The old laws should be sufficient. Our problem is enforcing the laws already on the books. We have people selling from back of trucks. Who is going to control them?” asked Cruz. There are also restaurants selling liquor without licenses, said some owners.

“We want to make sure Paterson is a destination for the right reasons,” said Sayegh. He sponsored the ordinance which was presented by mayor Jose “Joey” Torres.

The city is now waiting for a legal challenge. “I’m hopeful when the legal challenge arrives, we will be given the authority,” said Kenneth Morris, councilman at-large.