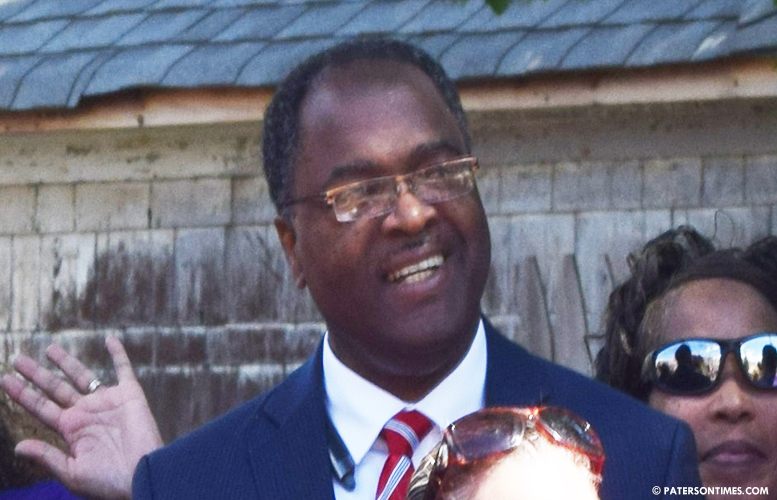 Councilman William McKoy, who is serving his fifth term on the city council, announced his run for mayor in front of a large crowd at Eastside Park on Saturday evening. He joins a growing field of people interested in succeeding indicted mayor Jose “Joey” Torres.

McKoy’s announcement came as no surprise to political observers. His fundraiser in July 2016, just months after defeating three opponents to hold onto his 3rd Ward council seat, indicated a possible mayoral run.

McKoy could not be reached for comments for this report. Some of his opponents in the 2018 mayoral race welcomed the announcement.

“I welcome the competition. He is the most experienced member of the city council,” said former school board member Pedro Rodriguez, who is actively campaigning. “There are people who have good experience and others have bad experience. He has been there for so long, we’ll have to see if he’s able to be about change. People are looking for change.”

Rodriguez wants to see McKoy’s plan for the city. “I want to hear if he has any new ideas,” he said.

“He’s got his rights. He will do his campaign; we will do mine,” said Alex Mendez, councilman at-large, who has announced his intention to run for mayor, when told of McKoy’s announcement. Both Rodriguez and Mendez are aggressively campaigning to secure what’s called first mover’s advantage in the race.

“He represents the status quo,” added former public safety director Glenn Brown, who announced his run for mayor last month. “I don’t see what he’s going to bring to the table that’s new.”

Mendez has served on the council with McKoy for three years. Another council member considering a run for mayor is Andre Sayegh of the 6th Ward.

“The next mayor of Paterson has to have a proven track record of results. It has to go beyond rhetoric,” said Sayegh. When asked if he is suggesting his longtime colleague does not have a record of results, Sayegh replied: “You’d have to give me a week to come up with something concrete as far as accomplishments are concerned. Longevity does not equate to effectiveness.”

Sayegh said people are “hard-pressed” to find specific McKoy accomplishments. McKoy has had several recent accomplishments. For example, hiring a risk manager, who managed to cut back on fraudulent claims that has been draining the municipal coffers, was his idea.

McKoy, 60, has also taken part of the credit for creating a commercial corridor on McLean Boulevard that ultimately attracted Home Depot, Lowe’s, and MicroCenter. He also suggested expanding the public works department to include garbage collection to create jobs for local residents.

Both Browns have formally announced their run. Jackson and Jones have yet to do so. Jones, who was invisible in public after coming in fourth place in 2014, has begun making public appearances.

Jones was on tour of School 11 on Friday morning. Insiders say Jones, who was deeply unpopular as mayor, is unlikely to run and is probably looking for a job.

McKoy currently works as chief auditor at the Jersey City school district. He makes $122,350 in that position. He makes another $41,200 as councilman. He takes home a total of $163,500. If elected mayor, he will have to give up both jobs, effectively giving himself a pay cut.

There are a dozen people interested in securing the mayor’s job. The large field is partly due to the corruption charges that have been filed against Torres.

Torres is accused of using public works employees to renovate a warehouse leased by his nephew and daughter. He pleaded not guilty to the charges. His trial is expected to start in September.

McKoy has previously served on the city’s school board. He has served as the president of the city council six times.