The city council gave preliminary approval to acquire 12 lots on Ryle Avenue to create a new entrance to the Great Falls. Properties are being acquired using $1 million in green acres funding the city received from the New Jersey Department of Environmental Protection (DEP). 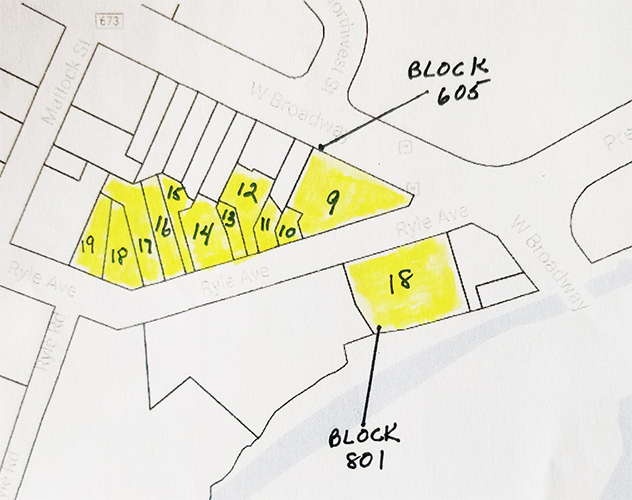 The graphic shows properties, blocks and lots, the city is in process of acquiring.

Jackson has previously argued acquiring the properties and turning the area into open space will reduce property tax income for the city. The properties, in varying state of disrepair, contribute little revenue to the city’s treasury. In fact, 10 out of the 12 lots, are delinquent in paying taxes, according to city records.

Properties being acquired are in a flood plain.