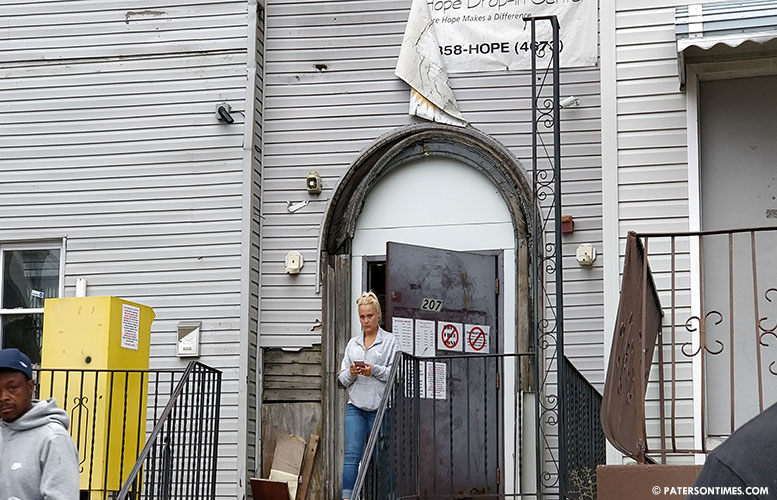 The Well of Hope, operator of the controversial needle exchange program, failed health inspections two years in a row, according to municipal records. Health inspectors discovered extensive mold growth inside the kitchen cabinets, ceiling, and floor.

There were also obstructed hand washing facilities, no running hot water, no paper towels, and debris and dust inside the refrigerator. Missing tiles on the floor indicates a possible vermin problem, according to reports filed by inspectors.

“This establishment (kitchen) is deemed unsatisfactory and must remain closed until coming in to compliance,” wrote Jennifer Okpalaugo-Odih in her inspection report from Aug. 23, 2017.

This was not the first unsatisfactory inspection for the Well of Hope.

On Mar. 16, 2016, the nonprofit was found with similar violations. An unsatisfactory health inspection was issued. The kitchen was ordered closed “due to gross cross contamination in the equipment and food prep area,” reads the inspection report from last year.

“There was a problem in the building and it’s a landlord issue,” said Jerome King, director of the Well of Hope, shifting the blame from his group to the New Shiloh Church. However, there are violations like debris and dust in refrigerator, obstructed handwashing facilities, and food cross contamination issues that are within his power to resolve.

“I wasn’t aware of the debris in the refrigerator,” he defensively replied when told that’s within his power to address. He also said his staff does not prepare food at the location, but distribute donated items to clients.

The inspection report required him to submit a plan to address the issue. Community leaders and city council members were shocked to learn King’s facility failed inspections two years in a row.

“That’s news to me,” said councilman William McKoy, chairman of the health committee, when told of the two failed inspections. He called both King and his organization “irresponsible.” He suggested the city ought to padlock the place until the violations are corrected.

“It’s absolutely obvious this is irresponsible — that’s more reason why we don’t need this here,” said councilman Michael Jackson. He said the church is seeking to evict the Well of Hope from 207 Broadway.

Jackson said the church filed with the landlord-tenant court last week seeking to evict the nonprofit.

Community activist Victoria Oquendo, who has protested the Well of Hope for proliferation of needles in the city, was shocked at the two unsatisfactory inspections. “I’m very disappointed,” she said of the city’s response to the failed inspections.

For example, when inspectors re-visited the Well of Hope on Sept. 1, 2017, King sent a series of text messages to Nelson-Ivy:

“Ask Jennifer to call me now – let her use your phone & call,” texted Nelson-Ivy.

When contacted for comments on Friday morning, Nelson-Ivy had her secretary tell a reporter she was in a meeting. When a reporter demanded the health director provide an explanation for interfering with an inspection, Nelson-Ivy suddenly came on the phone.

Nelson-Ivy quickly said to contact health officer Paul Persaud and hung up the phone. She has questioned why inspectors were at the Well of Hope in a series of emails to the health officer.

“I don’t know what you’re talking about,” said King when asked about his text messages to the director.

Jackson said the inspectors answer to the health officer and that Nelson-Ivy, by attempting to intervene, overstepped her authority. “She’s being politically driven,” said Jackson. “That’s concerning. Inspections are done by licensed personnel.”

Persaud has said the facility has turned into a “public health risk.” He said a dozen summonses are being issued to the Well of Hope. 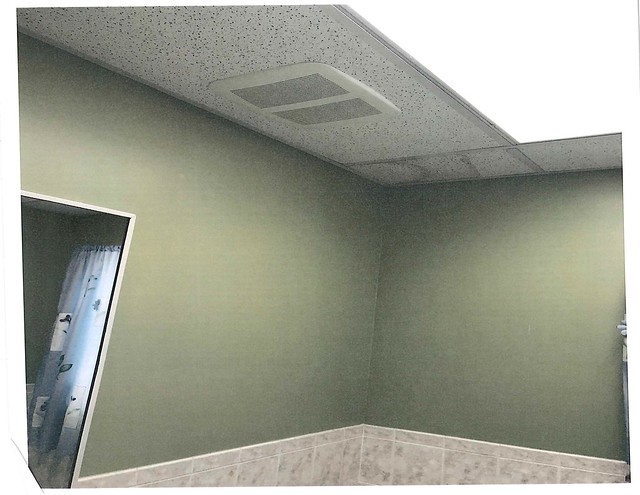