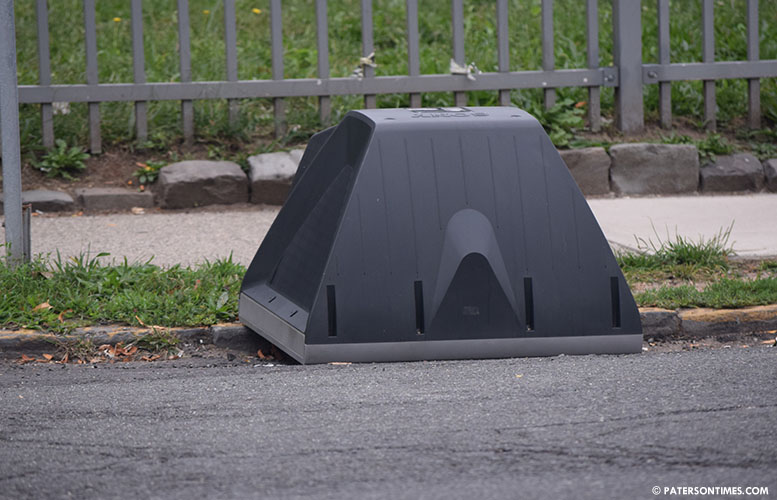 The large number of television sets on city streets are the result of people from neighboring towns dumping their used sets in Paterson, according to a municipal official. Municipalities surrounding the Silk City do not pick up televisions left on the curbside forcing people from those towns to discard them in Paterson.

“So, what is happening is all the TVs are getting dumped in Paterson,” said Diane Polifronio, recycling coordinator, to council members.

The dumping by residents of neighboring communities is costing Paterson taxpayers. Cost to recycle the large number of televisions picked up by the city’s public works trucks jumped by 148-percent. The city contracted with Lakewood-based Samr Inc. for $32,000 last year to recycle discarded TVs, but due to the large number of television sets picked up by public works trucks it spent an additional $47,363.

Council members approved $79,363 to pay the contractor on Tuesday night.

“Right now, we’re in a desperate situation with TVs in our city,” said council president Ruby Cotton. The council questioned the excess spending on the television recycling contract and put it off for more than a month. Public works director Manny Ojeda told council members his recycling yard is packed with televisions and the city could no longer pick up sets left on the curb.

“We should have a solution as to how we can correct this problem,” said William McKoy, 3rd Ward councilman. “I recognize you can’t catch everyone but the ones you do catch have them pay for the rest. What is the fine for illegal dumping of TVs?”

The solution is to target the dumpers and cite them. However, that’s difficult to do with lack of men power. Polifronio said three tickets are issued when the city catches someone dumping a television set.

Each ticket is $1,000, said Polifronio. She told the council the municipal court often dismisses two of the ticket and reduces the penalty down to $1,500.

“What you mean two gets dismissed? The court doesn’t honor the tickets?” asked McKoy.

Ojeda said the offenders negotiate with the municipal prosecutor that often leads to the tickets being merged together.

“Prosecutor can use her discretion,” added the city’s chief lawyer Domenick Stampone.

“We’re not asking whether they can. We’re saying are they doing that? In Paterson, illegal dumping is a tremendous problem and we should not be granting concession to the few people we catch because we don’t catch everyone,” said McKoy. “If you come to our city and illegally dump you should be given no concession. You got three tickets; you pay for three tickets.”

McKoy said the court’s lenient attitude is rendering the work of inspectors useless.

“It’s not what’s happening,” replied Stampone. “They will not dismiss a ticket unless there is a basis for dismissing. They do not dismiss things automatically.” Dumping penalties are some of the “stiffest” in the city, he said.

“We need to do something,” added Luis Velez, 5th Ward councilman, chairman of the public works committee. Administration officials did not present any plans to rectify the television problem.