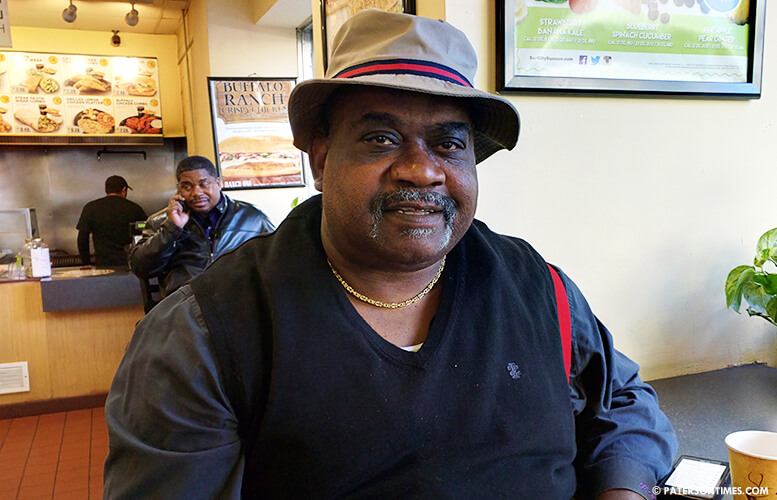 Kevin Michael Henry, a man who gave thousands of people coming out of prison a second chance, died on Saturday evening. He was 63.

Henry died of a heart failure, said Ernest Rucker, who has been friends with the deceased for 50 years.

Even while he secured second chances for others, it was an uphill battle to secure them for himself. He was famously deprived of a Paterson school board seat last year after a successful election because of two-decade old criminal records

Humiliated in front of his family, Henry took his anger out on the state-appointed school superintendent. This episode did not stop him from seeking out other opportunities to serve his community. The opportunity came four months ago, when his friend councilman Alex Mendez nominated him to serve on the Paterson Housing Authority board.

Opposition mounted. The authority opposed his nomination. “For the rest of my life I’ll be walking around with a big ‘C’ on my chest saying convict,” said Henry, making a reference to “The Scarlet Letter,” at the time. He had been fully rehabilitated and was giving back to society through his re-entry program.

Mendez stood by him and he was sworn in to the seat in late June.

“It broke my heart. He was more than a friend. He was a brother to me. That’s why I stood right next to him all this time when so many people said no in giving him a second chance,” said Mendez on Sunday afternoon. “He helped me when I first ran for office. He got to know my family. I got to know his family. He was a mentor to me.”

Mendez and Henry struck up a friendship in 2009. Henry served as an advisor to the political newcomer who would quickly become one of the most popular politicians, repeatedly becoming the highest vote-getter, in Paterson.

“People will remember Big Mike as a fighter,” said Mendez.

Henry famously engaged in a yelling match with governor Chris Christie at a townhall meeting at the St. Luke Baptist Church demanding the governor fix the school system that the state controlled for decades.

“He was a powerhouse in his own way,” said Rucker, a political activist. “He proved that when he got in front of the governor and told him to fix the public schools.”

Henry was a deacon and spent much of his time running a re-entry program. He was proud of his program that connected former inmates with jobs and social services. Rucker estimates Henry helped thousands of ex-inmates become productive members of society.

“His passion was to get people second chances,” said Rucker. He had an intimate understanding of what an ex-inmate needed after getting out of prison because he had been in their shoes.

Henry served time for forgery and theft 26 years ago. He has served three separate sentences for credit card fraud. Three times he was incarcerated for what he described as “street mentality.”

He worked for the City of Paterson a decade prior to his convictions from 1978-80. In 1980, he tried to win the 1st Ward council seat. His opponents included Jose “Joey” Torres and Marilee Jackson.

Jackson badly beat him and Torres.

Rucker and Henry were the two first African-American bail bonds men in Paterson, said the activist.  ”We got our licenses at the same time,” said Rucker.

Mendez said Henry did an “outstanding job” at the Paterson Housing Authority in his brief tenure.

The John B. Houston Funeral Home on Ellison Street is in possession of the body. A wake and burial is being prepared, said Rucker.