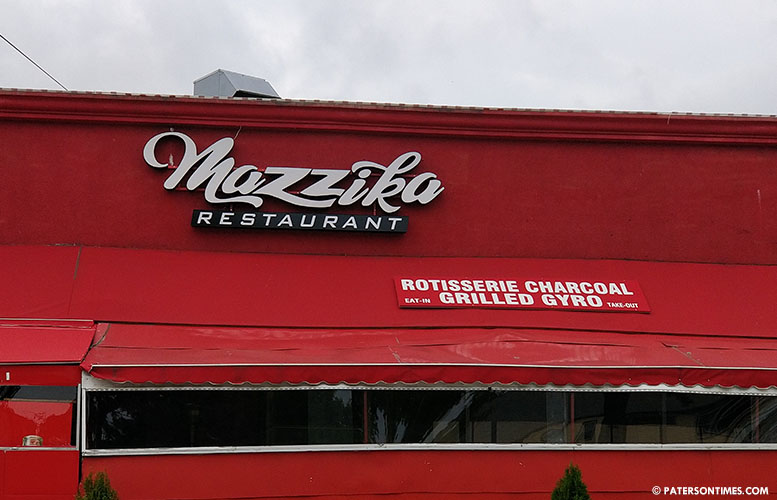 Rami Shalhoub, owner of the troublesome Habibi Cafe and Hookah Lounge, claims to have reformed himself. He re-branded his business and received municipal approvals to operate the Mazzika Restaurant in place of his old café.

“Now I’m trying to correct my business,” said Shalhoub. “We got enough fines.” His previous business at the same spot was cited by the city for a number of violations including indoor hookah smoking and illegally selling alcohol.

Police responded more than a dozen calls for fights, loud music, drugs, and weapons at the business in 2016. His business was denied an entertainment license in July 2016. Since then, he has made major improvements at the location.

Shalhoub invested $160,000 (including $60,000 in rent) in the business over the past year. He also constructed a patio at 998 Market Street to allow outdoor hookah smoking.

Councilman William McKoy called the patio “shoddy” work and demanded answers from the city’s construction official on Sept. 12, 2017. Jerry Lobozzo told the council the business met all the requirement to secure the necessary approvals to operate out of the location.

McKoy said the addition outside the building obstructs motorist’s view on Market Street. Lobozzo said many other businesses in the city have similar outdoor additions.

“There isn’t anything in our code that covers that,” said Lobozzo. He inspected the building, but not the addition that’s on the exterior. “I’m the building sub-code.”

McKoy exchanged heated words with Lobozzo. He said the city ought to inspect the addition to ensure it is safe for the public.

McDermott said the business owner had to reverse doors for improved fire safety and had to ensure drapery, bench seats, and chairs are fire resistant. He provided a letter that showed the patio structure which has seating for 28 people was approved by the city’s zoning officer in 2016.

Shalhoub had a roof that had to be removed from the outdoor patio. This removal occurred after McKoy’s exchange with Lobozzo.

McKoy asked how flames would be kept lit in the patio on rainy days. McDermott said umbrella is the only option.

The restaurant has seating for 150 people. Patrons will not be allowed to smoke inside the building, but use the patio outside.

Shalhoub said parking lot for the dollar store in the area will be used by his patrons after 9 p.m.

“I still have a lot of concerns operationally,” said McKoy. He pointed out Shalhoub on multiple occasion stated the business was not a hookah lounge. He found the fire department’s report acceptable and approved the business’ entertainment license on Sept. 19, 2017.

Shalhoub received some praise for creating jobs in the city. He said his business employs 12 people.