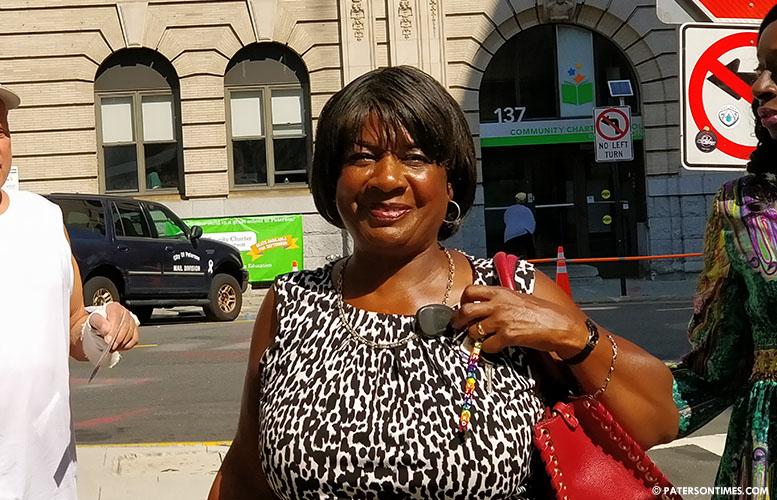 A small band of followers showed their support for council president Ruby Cotton, who automatically became mayor after Jose “Joey” Torres took a guilty plea and resigned, on Tuesday evening.

Some took aim at the executive session or closed-door meeting scheduled for Friday evening to appoint an acting mayor.

“It should be done in the open,” said city resident Tracy Gilmore. She supports Cotton and wants her to remain in the mayor’s seat until the 2018 elections.

Cotton, as president, usually calls meetings. However, the council’s rules allow a majority of council members to call for a special meeting. There were some rumors the councilwoman was attempting to block a meeting where a possible replacement mayor would be considered.

“I’m not blocking anything,” said Cotton on Monday morning as she entered City Hall. Hours later, a special meetings notice was made public.

Council members will consider the resolution to appoint an acting mayor in public, but will hold the discussion behind closed doors. The meeting includes a public portion. Closed door discussion was recommended by law director Domenick Stampone, according to officials.

“You can’t have an unfettered discussion in the public,” said Stampone on Tuesday night. “Don’t forget, the most important thing is done very publicly.” He cited the Open Public Meetings Act which allows the city to have closed meetings to discuss lawsuits and personnel matters in executive sessions.

The council has 30 days to appoint someone as acting mayor. Without an appointment, Cotton remains mayor until a new chief executive is sworn-in in July of next year.

Some thought the meeting scheduled for Friday at 7 p.m. to be unnecessary.

Roberts was among roughly a dozen people who attended the workshop meeting on Tuesday night to show their support for Cotton.

The council will have to take a vote to go into closed session. Some council members have indicated they will vote against going into a closed meeting.

The worry among Cotton’s supporters is that the council will replace her with someone else. There has been some speculation, but there is no list of individuals the council will discuss on Friday.

There is a dearth of candidates on the council itself. Four of the nine members are running for mayor. Michael Jackson, Andre Sayegh, McKoy, and Mendez are all mayoral candidates for next year.

Morris, who is the second most senior member of the council, said Friday he’s not interested in the appointment.

Cotton felt let-down by some of her colleagues. “I just feel that if some of my council people had a problem with me they should have said something to me,” said Cotton. “At least come to me and say something to me.”

Jackson opposes having the council president control to branches of government. “To have a sitting council president function as the mayor,” said Jackson, “doesn’t sit well with me.” The state law that sets up the city’s government allows for such an arrangement.