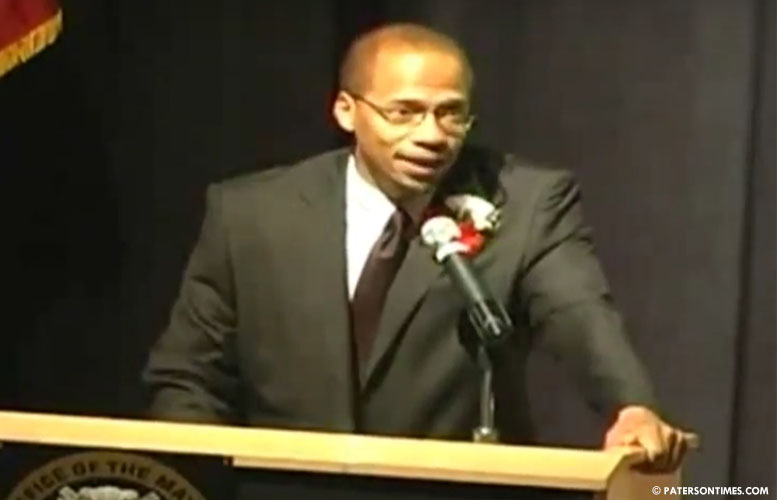 Charles Thomas, the former business administrator under ex-mayor Jeffery Jones, who is being floated as a possible fill-in for seat vacated by mayor Jose “Joey” Torres, was censured by the New Jersey Supreme Court Disciplinary Review Board, according to state government documents.

Both admissions resulted from Thomas’ improper lending of a Passaic County government vehicle while working as a clerk of the Passaic County Board of Chosen Freeholders and county treasurer.

Thomas could not be reached for comments for this story on Thursday morning. He lent the vehicle to his “unofficial foster son” Fredrick Brewer, who at the time was a maintenance worker at the Passaic County Juvenile Detention Center.

Thomas knew Brewer did not have a valid driver’s license at the time. He lent the vehicle to allow his “unofficial foster son” and “little brother” to commute back and forth from work, according to state records.

Brewer got into an accident on Jun. 27, 2004 and fled from the scene. Thomas met with Brewer and the detention center’s supervisor. “They agreed that Brewer’s supervisor would publicly justify Brewer’s use of the vehicle, which they knew was improper,” reads the disciplinary review board decision.

The Passaic County Prosecutor’s Office became involved in the investigation. Brewer told detectives he got into the accident while responding to his sick daughter. Thomas corroborated Brewer’s false account.

Thomas later admitted that he had “made an inaccurate statement” to cover up the vehicle’s misuse, reads the decision. The county reprimanded Thomas. He later resigned and gave up his $72,148 county positions.

Criminal charges were filed against Thomas, but the prosecutor’s office dismissed them, according to the decision.

The board determined this was not a typical case of an attorney making a misrepresentation to his client, but Thomas “made misrepresentations to investigators, not only to benefit a close family friend, but to benefit himself, to the detriment of the public.”

Thomas has a law practice in Paterson. He was admitted to the New Jersey Bar in 1985. The board could have suspended Thomas for three months, but opted to censure him.

Thomas later repaid the improper overtime through paycheck deductions. He also returned the $5,600 in separate erroneous overtime collected for work done in the aftermath of Irene when the city was badly flooded.

Thomas was removed from the business administrator post by Torres.He was placed back to being a public defender at the Paterson Municipal Court. He makes roughly $80,000 in that position.

Searching for a mayor

Guarasci was surprised to see his name floated on Wednesday morning. He said no one from the council spoke to him about serving as mayor.

Council members have been maneuvering behind the scenes to reach some sort of a consensus on a pick. There are two groups. One opposes having council president Ruby Cotton, who automatically assumed the mayor’s seat after Torres pleaded guilty to corruption charges last Friday, because it combines both the legislative and the executive branches of the government and another group that favors having her on until a new mayor is elected in May 2018.

“My only issue with the situation with councilwoman Cotton is that she will have to run the council meetings, be responsible for the agenda, and she will be the mayor. There is no checks and balances,” said Michael Jackson, 1st Ward councilman.

If Cotton voluntarily gave up presiding over meetings while serving as mayor that would leave Luis Velez, 5th Ward councilman, in charge of the meetings. He is the vice president of the council.

“For me it’s definitely, definitely, definitely not the best option,” said Jackson of having Velez run meetings. On Tuesday, Velez found himself briefly running the council meeting. There were five council members in attendance. When Velez rubbed Jackson the wrong way, the 1st Ward councilman said he had to take a bathroom break. Jackson’s sudden exit from the chambers left Velez without a quorum, minimum number of members to hold a meeting.

A majority of council members called for Friday’s special meeting scheduled at 7 p.m. to have a closed-door discussion at the recommendation of law director Domenick Stampone and an open session vote to appoint an acting mayor.

Cotton, who, as president controls the agenda and calls meetings, in this case did not. There were rumors Cotton ignored calls from some to hold a special meeting. However, she denied ever trying to block a meeting.

Velez supports Cotton. So does Andre Sayegh, 6th Ward councilman. Sayegh played a pivotal role in getting Cotton elected to the council presidency in July. Cotton and Maritza Davila, councilwoman at-large, were the two contenders.

The council knew Cotton would be mayor in the event of Torres’ conviction, argued some of the 4th Ward councilwoman’s supporters. Jackson said that vote was for council president and not to make her the mayor.

A dozen people showed their support for Cotton on Tuesday night. Cotton is the first African-American woman to hold the mayor’s post. Her supporters referenced the floated candidates to point out every one of them is a man.

“It reeks of sexism,” said Sayegh,

Cotton has promised to be transparent. She also promised to work closely with council members.

No one knows what will transpire on Friday evening.

“If there is no better candidate, who has the city’s interest in mind, I’m very much in favor of supporting councilwoman Cotton,” said Jackson.