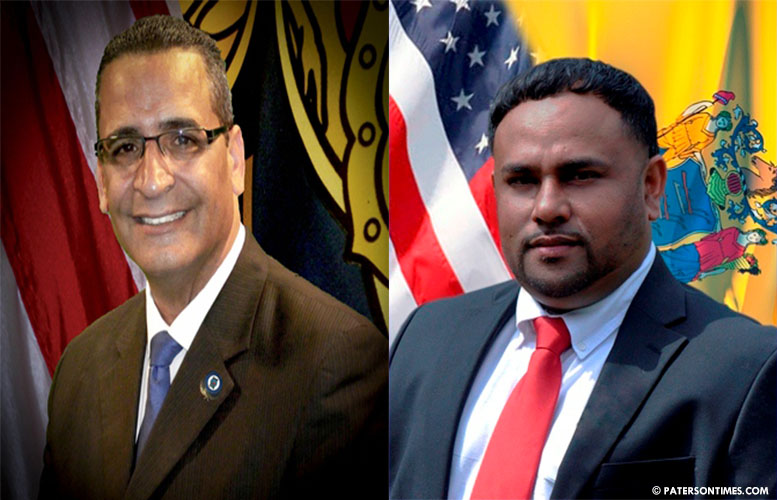 The move to refund $17,325 to the Dominican Parade after violence forced early end of festivities led to a clash between councilmen Luis Velez and Shahin Khalique on Tuesday night.

Khalique questioned why the city should issue a refund because the festivities ended early. The parade cost $120,000. 40-percent of that is for the nonprofit Desfile Dominicano, organizer of the parade, to pick up.

In this case, the parade paid the city $34,650. This was the amount the city wanted the organization to pay as its share of the cost. Police director Jerry Speziale said the city under estimated the number of people that would come out for the parade and festival.

“We ended up with a larger crowd than we ever expected,” said Speziale. This large crowd led to fights and stampedes which led to a “public safety crisis” forcing the shutdown of the event.

Organizers expected the events to run for 12 hours from 10 a.m. to 10 p.m., but the violence shortened it to 8 hours. The parade events ended at 6 p.m. The parade group lost 33-percent of the time it was promised. This led former mayor Jose “Joey” Torres to agree to refund $11,538 (33-percent of the cost the group paid to the city).

But the shutdown led to monetary loss for the nonprofit and vendors. The city increased the percentage to refund half of the parade’s share or $17,325.

“We have to eat that money. They were supposed to pay 40-percent. Now, we’re refunding them,” said Khalique. “If I sign a contract with somebody, whatever I got to pay, I got to pay shut down early or [not].”

“The problem with my colleague, he’s a little bit off the fact,” said Velez (pictured, left). He said the refund is not coming from taxpayers, but from the parade’s monetary “contribution” for public safety and clean-up costs. “This bill reflects the 33-percent of the parade they did not enjoy,” he said. The city is refunding 50-percent of what the organizers paid to the city.

“I’m not misquoting. I know what I’m talking about. $120,000 is taxpayers’ money,” retorted Khalique. “You’re making it seem like the committee is giving money to the city of Paterson. That’s not the fact. City taxpayer money is spent on this parade.

Velez interrupted Khalique (pictured, right) while the latter was speaking. This annoyed Khalique.

“I don’t know why councilman Khalique is so vocal for this one, but for real issues in the city he’s not that vocal,” said Velez.

Council president Ruby Cotton had to referee the verbal sparring between the two men. “He speaks when he feels like it,” interjected Cotton to restore order.

“You need to look in the dictionary and find out what is the definition of contribution,” Khalique told Velez.

The council will vote on on Tuesday whether to refund the money to the parade organizers.

There have been talks to change the venue to an area that can be better protected by police. The violence broke out even though 150 police officers were utilized for the festival and parade.

Speziale said it’s up to the council whether to approve the refund. He said maybe next year the city could include a clause that states in the event the festival and parade is shut down due to public safety problems there won’t be a refund.