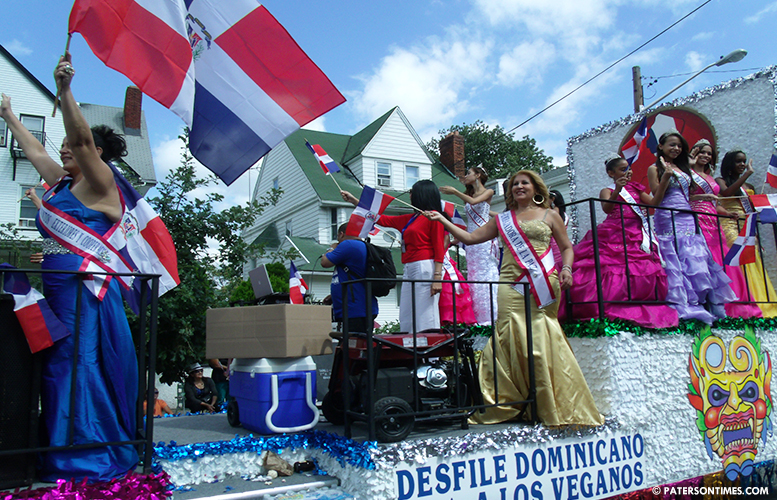 The city council has delayed action on the proposed refund for the Dominican parade which was forced to cease festivities due to street violence after questions raised by councilman Shahin Khalique.

Khalique continued to question whether the city should be refunding 50-percent of the parade group’s share of the security and clean-up cost for the spectacle for the second week in a row on Tuesday night.

The delays have produced frustration for Elsa Mantilla, president of the Desfile Dominicano of New Jersey. “I really don’t know what’s going on,” she said on Thursday when contacted for comment. “We’re patiently waiting.”

Mantilla said vendors have been calling her to collect their losses due to the early shut down of the festival. She said about two dozen vendors were impacted.

Khalique’s move to delay the refund has led some of his critics to assert the councilman is less engaged in a fight to save a few bucks for taxpayers and more involved in punishing the parade organizer for a perceived slight. Khalique, 2nd Ward councilman, felt slighted the organizer of the parade ostensibly invited his arch rival former councilman Mohammed Akhtaruzzaman to its fundraising gala.

When asked if she invited the former councilman, she said Akhtaruzzaman, who is a realtor, attended the gala as part of a delegation from Nicholas Real Estate. The real estate firm bought a table at the gala, she said.

It’s not clear whether Khalique knew or understood the arrangement that placed Akhtaruzzaman at the event. He did not respond to a message seeking his comments for this report.

Former mayor Jose “Joey” Torres proposed to refund $17,325 to Desfile Dominicano of New Jersey. His administration reckoned the parade lost four hours of time. It was scheduled to run for 12 hours, but was shut down after 8 hours. This entitled the group to a 33-percent refund from the $34,650 it paid to the city to put on the parade and festival.

That would amount to an $11,538 refund. However, the administration recognized the parade organizer incurred additional monetary losses relating to third-party vendors due to the early shut down of the festival. This recognition pushed the refund from 33-percent to 50-percent which the administration viewed as “equitable.”

Police director Jerry Speziale told Khalique and his colleagues in late September the city incurred $120,000 in security and clean-up expenses for the parade. The organizer of the parade is required to shoulder 40-percent of the cost. In this case, the city under estimated the cost of the parade due to a much larger than expected crowd turnout.

“We have to eat that money. They were supposed to pay 40-percent. Now, we’re refunding them,” said Khalique in late September. He said the group signed a contract and should pay the amount it has agreed to pay. His colleague councilman Luis Velez pointed out the city did not live up to that contract which was for 12 hours and not 8.

“This bill reflects the 33-percent of the parade they did not enjoy,” Velez told Khalique. The two men verbally sparred over the refund. The council allowed the item to advance to Tuesday’s meeting for approval.

Khalique on Tuesday requested a breakdown of the costs. This after the police director took questions and provided estimated cost figures.

Council president and interim mayor Ruby Cotton pulled the item from the agenda pending more information from her administration.

The council will discuss the measure during its Oct. 10, 2017 workshop meeting.