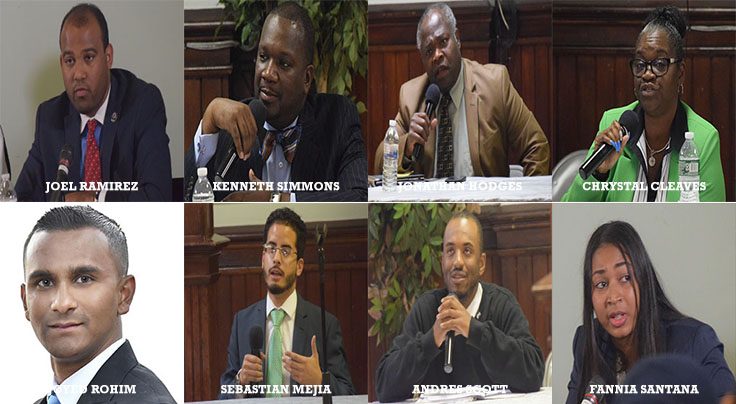 Vote totals for all candidates are as follows:

90-percent of the votes have been counted.

The city’s school board election this year was overshadowed by other races. There was very little campaigning on the part of majority of the candidates.

Longtime school board incumbent Hodges exerted enormous efforts to avert a defeat. His colleagues on the school board, including president Christopher Irving, want him out of the board of education.

New comer Santana began campaigning before all of her opponents. Her campaign signs began to appear throughout the city months before there was much activity from other candidates. She and Ramirez failed to attend the first and second candidates’ forums, but made it to the third.

Rohim was missing from all three candidate forums. Rohim, a protégé of councilman Shahin Khalique, serves on the Paterson board of adjustment. His campaign spent some effort in gathering mail-in votes. Almost 1,500 mail-in ballots were received by the Passaic County Board of Elections late Monday afternoon.

School board incumbent Lilisa Mimms opted against seeking re-election. Her seat will be filled by one of the challengers. She is running for an at-large council seat in next year’s municipal elections.