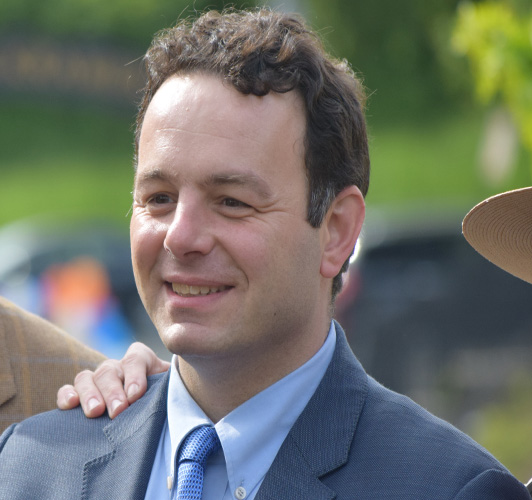 Councilman Andre Sayegh jumped into the developing mayor’s race on Saturday morning. His move was widely anticipated, but came sooner than expected. He declared his candidacy before a crowd of 200 supporters at Paul’s Bar & Bowling in the Lakeview section.

“It’s time we have a leader in Paterson, who recognizes we may have come from different places and have different faces, but we’re one Paterson,” said Sayegh in an interview on Saturday afternoon. He emphasized the diversity of his supporters.

Sayegh plans to promote South Paterson style economic development throughout the city’s six wards. However, to do that, the councilman recognizes, he will have to take steps to reduce crime in the Silk City.

Violent crime in the city is up. In 2017 so far, the city has had more killings than each of the past two years. He will need resources to get a grip on crime. The city allocated $46.37 million for its police budget in fiscal 2017. This was not enough to guarantee a reasonable response time for residents.

Sayegh will have to find money to bolster police if he is to reduce crime. He is optimistic the city will receive more assistance from the state when governor-elect Phil Murphy takes office. Sayegh was an early Murphy backer.

“I’m going to try to leverage that relationship to get resources and get some results for Paterson,” said Sayegh, 43. Murphy’s campaign manager Brendan Gill played an instrumental role in Sayegh’s re-election in 2016.

Murphy in a visit to Paterson has promised to assist the city with its public safety problems.

Lieutenant governor Sheila Oliver was one of Sayegh’s college professors. She is heading the Department of Community Affairs (DCA) which provided $25 million to the city in the last fiscal year.

“We’re going to leverage that relationship too,” said Sayegh. When he was elected as a councilman in 2008, Sayegh was sworn into office by Oliver.

Sayegh began his political career in the city when former governor Jim McGreevey appointed him to the school board in 2002. He won election to the Board of Education in 2004 and was re-elected in 2007.

In 2008, longtime councilman Thomas Rooney, who represented the 6th Ward, announced his retirement. Sayegh saw an opportunity. He succeeded Rooney. In 2012, Sayegh won re-election. In 2016, Sayegh won a third term to the council. While on the council, Sayegh ran for mayor in 2010 and 2014. He lost both times.

“I doubled my votes,” said Sayegh, a Democrat. “The numbers are trending in the right direction.”

This third try is last shot at the mayor’s seat. He can run a fourth time, but voters are unlikely to take him seriously, according to political observers.

“I feel things are different. I’ve become a much better public servant. I’ve been able to improve the lives of many more people,” said Sayegh.

Sayegh listed his many achievements over the years. Among them is the hotspot business curfew ordinance that reduced non-fatal shootings almost 80-percent in its first year and the recycling program that encourages residents to recycle by providing them containers.

He also closed down nine troublesome nightclubs in the 6th Ward. The most infamous of which was the Lava Lounge. The building that was occupied by the Lava Lounge now houses a pre-school.

“We’ve done exemplary work in the 6th Ward,” said Sayegh. He said this will serve as a blueprint to improve other parts of the city.

Sayegh worked with the Paterson Public Schools to get the pre-school for South Paterson. He intends to take an active role in education in the city, he said.

“Education is high on the list. I want to be the education mayor,” he said.

Sayegh has a bachelor’s in history from Seton Hall University and a master’s in public administration from Columbia University. He serves as the director of job readiness and customized training at the Passaic County Community College (PCCC).

As mayor, he also plans to campaign hard to ensure every Paterson resident is counted in the 2020 Census. Some reckon the city has over 175,000 residents. However, the U.S. Census puts the count at 147,000.

A count over 150,000 residents will make Paterson a city of the first-class which likely means more government resources.

Sayegh will have to defeat a dozen people to get to the mayor’s seat. So far, Alex Mendez, Michael Jackson, William McKoy, Pedro Rodriguez, Glenn Brown, and Chauncey Brown have publicly declared their run for mayor.

Ex-mayor Jose “Joey” Torres’ conviction opened the floodgates, according to observers. There are more who are considering like school board member Manny Martinez and prominent attorney Kenyatta Stewart.

Sayegh’s announcement was not expected this early in the race. He declared his candidacy in March in 2014.

“A great number of my core supporters were anxious. They were ready to go,” said Sayegh. “We need a mayor, now more than ever, who can bring out the best in Paterson.”