A city man was arrested on Saturday for his alleged role in the double shooting on the corner of Main and Weiss streets in early November, according to the Passaic County Prosecutor’s Office. 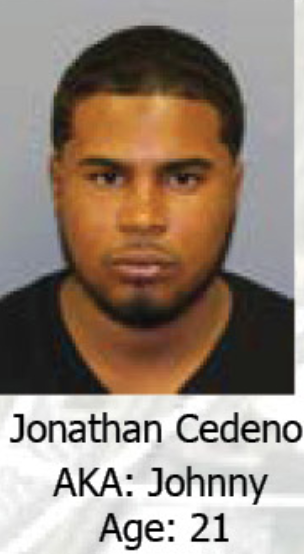 Cedeno faces a maximum of more than 30 years in state prison. He also has other pending criminal charges.

Cedeno was among 49 people charged by the New Jersey State Police for selling large quantities of heroin in Paterson. He was identified by authorities as a member of the Bloods street gang chapter, 4K Bloods/Korner Boyz.