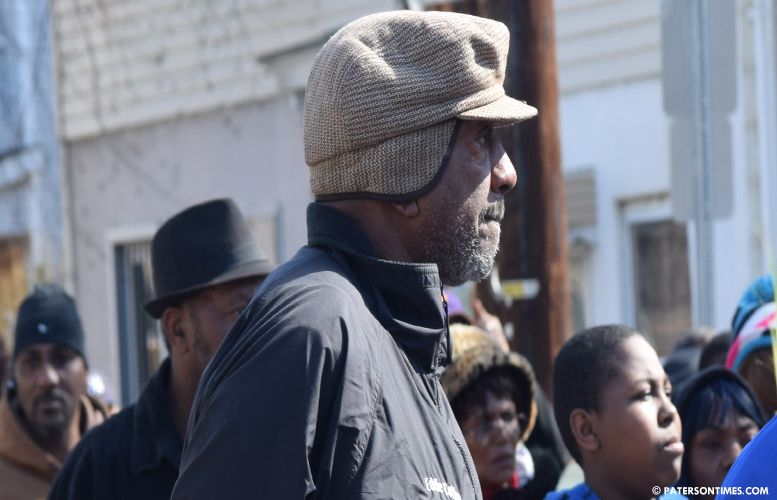 Former two-term councilman Ed Cotton endorsed councilman Andre Sayegh for mayor on Christmas Day. His endorsement is being viewed as one of the 6th Ward councilman’s early moves to capture a slice of the divided African-American vote.

“I’ve always been a proponent of Andre’s. As it stands right now, he’s overall the best candidate the city of Paterson needs,” said Cotton, husband of council president Ruby Cotton, on Tuesday morning. “Look at his track record. Look at his background.”

Cotton mentioned Sayegh’s work in the 6th Ward promoting economic development and improving quality of life. He also said Sayegh is accessible and approachable to community members. He also pointed to Sayegh’s efforts to build a prismatic coalition that includes the many ethnic groups that call the Silk City home.

“It was an unexpected Christmas gift,” said Sayegh of the endorsement. “He’s a Paterson pioneer. He has had a tremendous amount of influence. He’s highly respected. And he has municipal government experience which will help me, hopefully, if I’m ever elected mayor.”

Sayegh is running for mayor for the third time. His supporters see the third run as possibly his final to capture the city’s highest office. Third time, his supporters hope, is the charm for Sayegh.

Black vote is expected to play a crucial role in next year’s race which so far has a dozen candidates. The black community has too many candidates — Michael Jackson, William McKoy, Glenn Brown, Chauncey Brown, and Jeffery Jones — in next year’s race which will dilute their vote. With so many African-Americans running, non-black candidates will have to fight for black votes. Sayegh needs to make early moves to capture as many black votes as he can, say political strategists.

When asked if his endorsement means the 4th Ward councilwoman will also be supporting Sayegh, the former councilman replied: “She has to decide that on her own. We’ve been together in most cases, but she has not decided on it yet.”

“That’s yet to be determined,” said Sayegh of the rumor Cotton is serving as his campaign manager. He did not rule out a role in the campaign for the former councilman. The former councilman was in attendance at Sayegh’s low-key campaign kick-off in late November.

“The city is at a crisis point and we need somebody with a proven track record of getting results. Look at what he’s been able to do in his ward,” said Cotton, who represented the 4th Ward from 1980 to 1986. “I think he’s the person we need to help heal this city.”