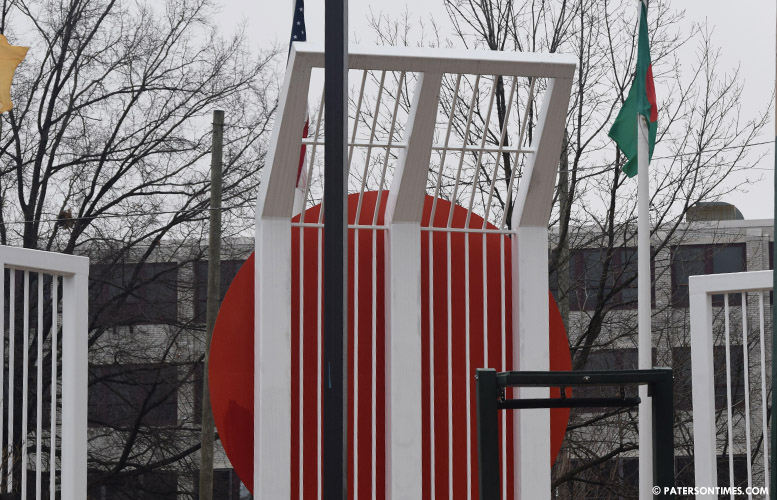 The group that has held the midnight ceremony at Westside Park for the past years to commemorate International Mother Language Day has been denied municipal permission for this year’s observance.

Councilman Shahin Khalique outmaneuvered the group and secured permits for the Feb. 21 event for himself. His move has prompted the group, World Glam Entertainment, to threaten to file a lawsuit against the councilman and the city.

Khalique is accused of “abusing his power and discretion” for allegedly interfering to block the nonprofit from getting the needed permits, according to the organization’s tort complaint threatening a lawsuit.

“We have done this all these years. Now, all of the sudden the councilman has taken out the permits. I think it’s wrong,” said Aziz Rahman, secretary for World Glam Entertainment, on Monday afternoon.

Khalique has never participated in the event over the past years, according to the group, but has taken a sudden interest in the observance. He was also opposed to building the Shoid Minar, martyr’s monument, in Westside Park, according to the group. Mother Language Day celebrates the Bengali people’s struggle against tyranny and despotism to preserve their mother tongue.

“The Shohid Minar monument was built with public funds ‘Tax Dollars’ which means any resident can go and apply for those permits. I applied for those permits and obtained insurance just like any other resident and then I turned the permit to a committee in our community who is taking care of the program,” said Khalique on Monday afternoon.

Mohammed Ahmed, who is the head of the group, cites an agreement with the city from 2012, that asserts his group is the “suitable representative of the Bangladeshi community” which allows the organization to organize and host the Mother Language Day celebration at the monument every year.

It’s not clear whether that agreement was ever signed by the organization and the municipal government.

Law director Domenick Stampone said he has yet to see the group’s notice threatening a lawsuit.

Ahmed said the organization, which took the initiative to build the monument, was promised the monument would not be used by any other group on Feb. 21. His group hosts an inclusive event that is open to all, he said. In this case, the group argues, Khalique is attempting to exclude them from the event.

“This is political,” said Rahman (no relations). He said Khalique is flexing his political muscles by targeting the nonprofit organization. Ahmed said his group invites all sides of the city’s badly divided Bangladesh-American community to the event.

“We’ve been in the middle to give opportunity to everyone,” said Rahman.

The group has taken its permit dispute with Khalique to the city council earlier in the month.

“I know nothing about it,” said council president Ruby Cotton. She said the group came to the council earlier in the month. “I told them, the city council has no power to overturn a permit.”

The permits to use local parks are issued by the Division of Recreation.

“Wow. This is the first I’m hearing of this,” said assemblyman Benjie Wimberly, who serves as the city’s recreation coordinator, when told the group is threatening to file a lawsuit seeking $10 million in damages.

Wimberly said neither side reached out to him about the dispute.

“If he beat them to the punch on it, there’s not much they can do,” said Wimberly. Whenever there is a scheduling conflict, he tries to resolve them, he said. Last year, a similar dispute was avoided when the city issued two permits, according to both Khalique and Ahmed.

It’s not clear when Khalique submitted his application.

Khalique also attacked the World Glam group. He alleged the group owes the city money for a previous event. He said the group allegedly defrauded vendors and artists in a past event at Westside Park.

“This is totally false,” said Rahman. He said the Feb. 21 event is less of a celebration and more of a flower laying ceremony to honor those who gave their lives in the struggle to preserve the Bengali language. There are no vendors for the Feb. 21 event.

Ahmed also denied Khalique’s allegations. He said a member of the group allegedly held an event at Westside Park where vendors and artists may have gone without pay.

“We kicked him out,” Ahmed said of that member.

Velez said both sides need to figure out a way to come together for the event. “We’d go with him, but he did not ask us,” said Ahmed speaking of Khalique.

Both sides have until midnight to resolve the dispute.

The group has been marking the Mother Language Day for almost a decade. It began with a celebration held using a wooden monument at the Veteran’s Memorial Park on Union Avenue. The group worked with New Jersey Community Development Corporation (NJCDC) and the Passaic County government to build the monument in Westside Park for the observance.