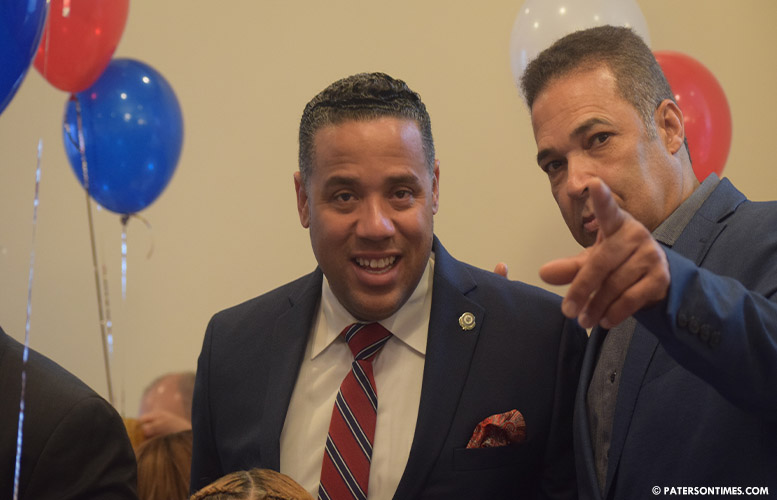 The fight for the Dominican community’s vote was on full display on Sunday morning. Mayoral candidates Alex Mendez, Pedro Rodriguez, and Andre Sayegh curved up space on the second floor of the El Tropico Restaurant at the annual Dominican Independence Day Breakfast.

Sayegh supporters claim their candidate has a base in the Dominican community.

“A lot of Dominicans are supporting the candidacy of Andre Sayegh,” said Ramon Pagan. “We’ve been walking all over the city. You can feel the support Sayegh has from the Dominican and the Hispanic community.”

Pagan is part of an effort by Sayegh’s campaign to target Hispanic voters. He almost came close to stating Sayegh has more support among registered voters in the Dominican community than either Rodriguez or Mendez.

“That’s impossible,” rebutted Rodriguez. “He [Sayegh] can bluff all he wants. Nobody wants to be with a third-time loser.”

“It sounds like he is running scared,” retorted Sayegh. “This election should be about issues not attacks.”

Sayegh said Rodriguez is showing weakness by resorting to personal attacks. Sayegh lost running for a school board seat almost 20 years ago and lost twice running for mayor.

Rodriguez suffered a defeat running against disgraced councilman Anthony Davis. He attributed the defeat to Davis’ use of bribe money to bolster his candidacy.

Rodriguez said a portion of Dominican voters are with him and a portion is with Mendez. A “few” are with Sayegh. He said Sayegh is making commitments, like supporting the ethnic parades, “that he cannot keep.”

Rafael Pena swears Mendez has more support. “We worked for nine years for the community,” he said. “We’re going to be the winner for mayor.”

Pena worked for Mendez during the councilman’s two school board runs and the at-large campaign.

When asked if he had a larger portion of the Dominican vote, Mendez replied, “Of course, that’s not even a question. In the last three elections, I’ve gathered more and more.”

Mendez has been the highest vote-getter in multiple past elections.

The three men delivered brief speeches. Each one urged the 85 people, mostly Dominican leaders, in the room to support them in May.

The three men received rousing applause for their brief remarks. Their speeches were devoid of political promises, but focused on Dominican Independence at the request of the organizers.

Councilman William McKoy made a brief appearance early in the event and returned later in the day.

Most of the leaders in the room appeared to have selected their candidate. Supporters for Rodriguez and Mendez have badly divided the Dominican community.

“Don’t lose friends over this campaign,” Rodriguez told the audience.