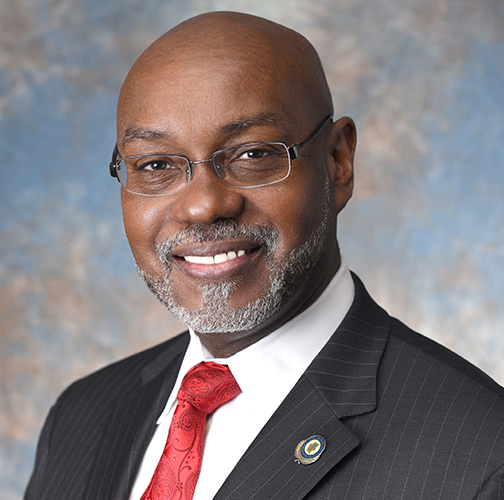 Longtime councilman Kenneth Morris, a consensus builder and finance wonk, has decided against running for re-election.

Morris served as an at-large councilman for four terms or 16 years. He was first elected to office in 2002.

“It is with a deep and heavy heart, that after having the honor, privilege, and most importantly the trust of those who proudly call Paterson their home, I announce that I will not be seeking a fifth term as your Councilman-At-Large,” said Morris in a statement on Friday afternoon.

For months, there had been speculation Morris, the second longest serving member of the council, would forego seeking re-election.

“His responsibility at the hospital has increased,” said Andre Sayegh, 6th Ward councilman. Morris works as vice president of external affairs at St. Joseph’s Health. In the past six months, Morris has had less enthusiasm and attended fewer meetings. His absence during budget votes often left some of his colleagues stranded and directionless.

“He established himself as a fiscal maven,” said Sayegh.

“That’s his choice,” said council president Ruby Cotton when told of the announcement. “He worked with everyone. I learned a lot sitting with him.”

Morris’ move favoring Williams-Warren displaced Cotton from the mayor’s seat. She had automatically inherited the mayor’s position at the conviction of Torres.

“Councilman Morris has been an outstanding member of the council,” said William McKoy, 3rd Ward councilman. “I think it’s a big loss.”

McKoy described Morris as a “consensus builder.” He said Morris was unafraid to involve himself in making difficult decisions.

“He does a lot of heavy lifting,” said McKoy.

McKoy and Morris are close allies on the council. Morris even endorsed McKoy for mayor.

Some of his accomplishments over the years included reducing salaries of council members failing to attend meetings without prior notice, municipal project labor agreement measure to ensure local residents benefited from big projects through jobs, and a legislation to provide tax breaks to businesses making improvements to their properties.

Morris is most well-known for being a compromiser. He brokered a deal that resolved an impasse between the constructions unions and the developers of the Center City Mall that allowed the project to progress.

Morris has also opposed tax hikes over the years. Two years ago, he forced the administration to reduce its budget by $5 million to avert a tax increase. He was the main figure to hold former mayor Jeffery Jones’ administration accountable in the flood overtime scam that unfolded in the aftermath of hurricane Irene.

Some had grown concerned when he did not pick up petitions. Those supporters began lobbying to urge him to run for re-election. For example, school board member Jonathan Hodges ran a campaign to get voters to pressure Morris into running for re-election earlier in the year.

“Please know that this was an extremely difficult decision,” said Morris. “Throughout my 16 years of service, I have truly enjoyed advocating and representing the hopes and dreams of the people of New Jersey’s 3rd largest city. I truly believe that Paterson’s best days are still ahead.”