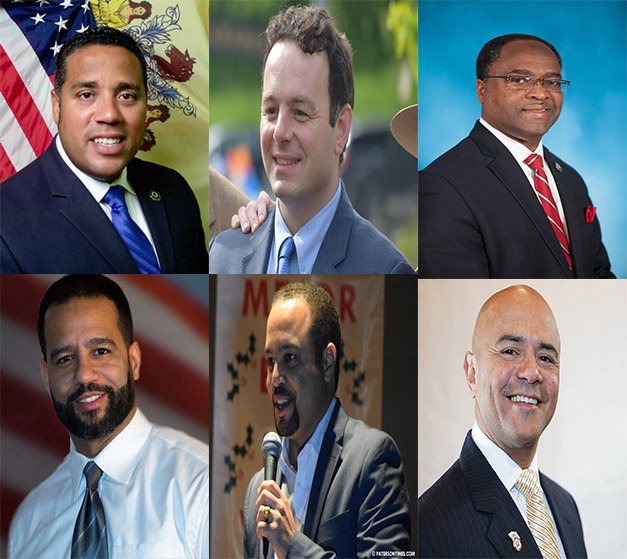 Six men will be vying for the mayor’s office in May, according to the city clerk’s office.

Others in the race are former school board member Pedro Rodriguez and police union president Alex Cruz.

Cruz has been under scrutiny for claiming to have lived his entire life in Paterson. His voting record reveals he has voted in Little Falls 14 times since 2007. Only last November did Cruz cast a ballot in the Silk City.

Cruz submitted a mail-in ballot last year. He switched his voting address to a Paterson residence in July 2017. His campaign continues to face questions over his residency.

Cruz does not meet the one-year residency requirement based on his address change. His driver’s license also did not have a Paterson address that goes back a year. Municipal officials said one of his opponents in the race can challenge his eligibility in court to potentially disqualify him from the race.

Cruz’s campaign has maintained he “meet[s] the legal requirement” to run for office in the city.

The number of candidates vying for the city’s highest office has dropped by a third. Four years ago, there were nine people running for the seat.

“Six is still a healthy group of folks. It’s a diverse group of people,” said McKoy. He has been on the council for 18 years.

Sayegh said forums and debates will be better with fewer candidates. “It certainly won’t take six hours,” said Sayegh referring to a mayoral forum that lasted beyond 2 a.m. four years ago. This is Sayegh’s third bid for mayor.

“It’s more favorable than having 12 people in the race,” said Jackson. More than a dozen people expressed interest in running for mayor after disgraced mayor Jose “Joey” Torres was sentenced to prison following a corruption conviction.

“You have two people who decided to not run and endorse the best candidate in the race,” said McKoy.

Community activist Valerie Freeman and former school board member Chauncey Brown III dropped out of the race and endorsed McKoy.

“He’s entitled to his own opinion,” said Sayegh when told of McKoy’s remark that he is the “best candidate in the race.”

Sayegh submitted the most nominating petitions. His campaign turned in 2,453 petitions, he said.

Jackson said Sayegh bought the petitions. “He has the most money. When you can pay people to sign it’s not that hard to get that many,” said Jackson.

“I didn’t buy anything. I went to people’s front doors,” retorted Sayegh. Another candidate to tout his petition numbers was Cruz.

Michael Johnson, a Haledon councilman, who served as the emcee of Cruz’s kickoff event, claimed to have sent a message to the “clowns” in the mayoral race with 1,839 petitions. Cruz is behind Sayegh in petition count.

McKoy, Sayegh, and Jackson have said they will outline their plans for the city in the coming months.

Mendez did not respond to a call for comment. Rodriguez could not immediately be reached for this report.

Correction: A previous version of this report erroneously attributed a remark to Alex Cruz that was made by Michael Johnson. Johnson, who worked as the emcee of Cruz’s kickoff event, called other candidates in the race “clowns.”