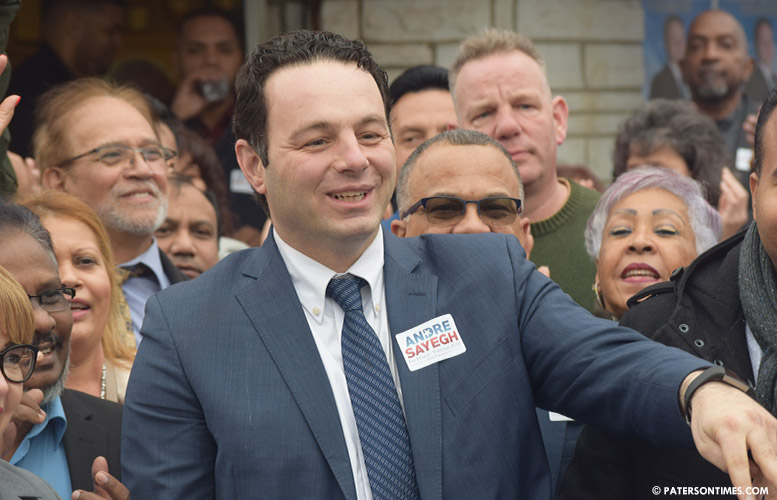 McKoy’s supporters spent the weekend circulating the invite with emblazoned red text that read, “Paterson not for sale.” This is the same cry that was heard four years ago when Sayegh finished second place behind former mayor Jose “Joey” Torres.

“It’s just a replay of the last election,” said activist Ernest Rucker. He is supporting McKoy in next month’s six-person mayoral race. “When you have thousand-dollar plate dinners, somebody wants something.”

Rucker said outside interest is buying access to a possible Sayegh administration. Sayegh dismissed the criticism coming from McKoy’s side.

“This is the height of hypocrisy,” said Sayegh. He said McKoy has held out-of-town fundraisers. McKoy’s campaign has a fundraiser scheduled for Saturday at the Hollywood Blue Ribbon Restaurant in Hillside.

Rucker pointed out Pascrell, who is the son of congressman Bill Pascrell is a major New Jersey lobbyist. When asked if the contributors will be buying access to a possible future administration, Sayegh replied, “Not at all. You have to raise money to get your message out.”

Sayegh’s fundraiser is scheduled for Apr. 11, 2018 at the North Jersey Country Club in Wayne.

Sayegh has the largest campaign warchest of the six men running for the city’s highest office: