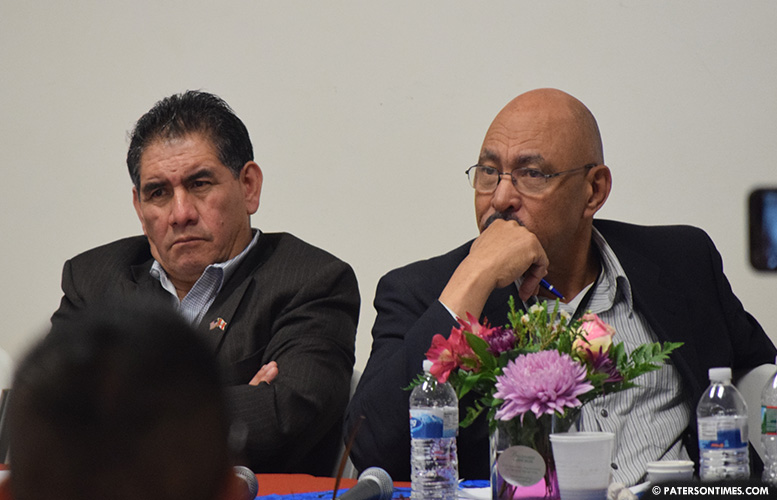 The organizers for a well-attended candidates’ forum for the upcoming mayoral and city council elections issued an apology on Sunday afternoon for failing to invite several candidates to their five-hour long symposium.

School teacher Zellie Thomas, who is running for one of the three available at-large council seats, was first to raise questions about the way candidates were invited to participate in the forum.

“Not all the candidates were invited even though they are promoting it as if everyone was invited,” said Thomas. “They are basically excluding us. They are intentionally excluding people.” He even contacted a person tied with one of the organizations that was hosting the forum seeking answers.

Thomas was told the groups were not aware he was in the race and that all the slots were filled. His is the first name voters will see on the ballot for at-large candidates. Other candidates also were not invited to the forum.

The organizers did a better job bringing all six mayoral candidates to the forum.

Former councilman Aslon Goow’s name was not on that list. The at-large candidate had no plans to allow anyone to exclude him from sharing his platform with voters — 150 people attended the forum.

“I said, ‘We’re showing up,’” said Goow. “We showed up and they gave me a spot.” He described the forum as being “very disorganized.” At one point, a brawl almost erupted between an upset man and mayoral candidate Pedro Rodriguez.

Thomas’ questioning led to several inquiries from the Paterson Times to the organizations that put on the forum.

“All the candidates were invited. Some of them haven’t been certified,” said Laureana Organ of the Dominican American Council of New Jersey, who claimed invites were sent to candidates, whose names appeared on the city clerk’s list of candidates. “If you put in the application late that’s not our fault.”

The city clerk’s final list contains names of 14 people running for at-large and 6 for mayor.

When told Thomas is a certified candidate. Organ said he is welcome to come and if there is time or if a candidate fails to appear he will be given an opportunity to present.

The organizers recognized their failure when approached in person.

Curitomai (left) and Santos (right) at the forum on Sunday afternoon.

“We’re sorry for not reaching them,” said Norberto Curitomai of the Peruvian American Coalition.

Lucilo Santos, president of the Latino Coalition for Dignity, at first defended the groups claiming invites were sent to all candidates.

When told of Thomas’ situation, he issued an apology.

“I apologize if this happened,” said Santos.

“The event is over and the opportunity to share our platform with a diverse group of voters in an organized space is gone,” said Thomas when told of the two men’s apology. “We hope the organizers invite the candidates who were excluded to any membership meetings or events before the election to make up opportunities lost.”